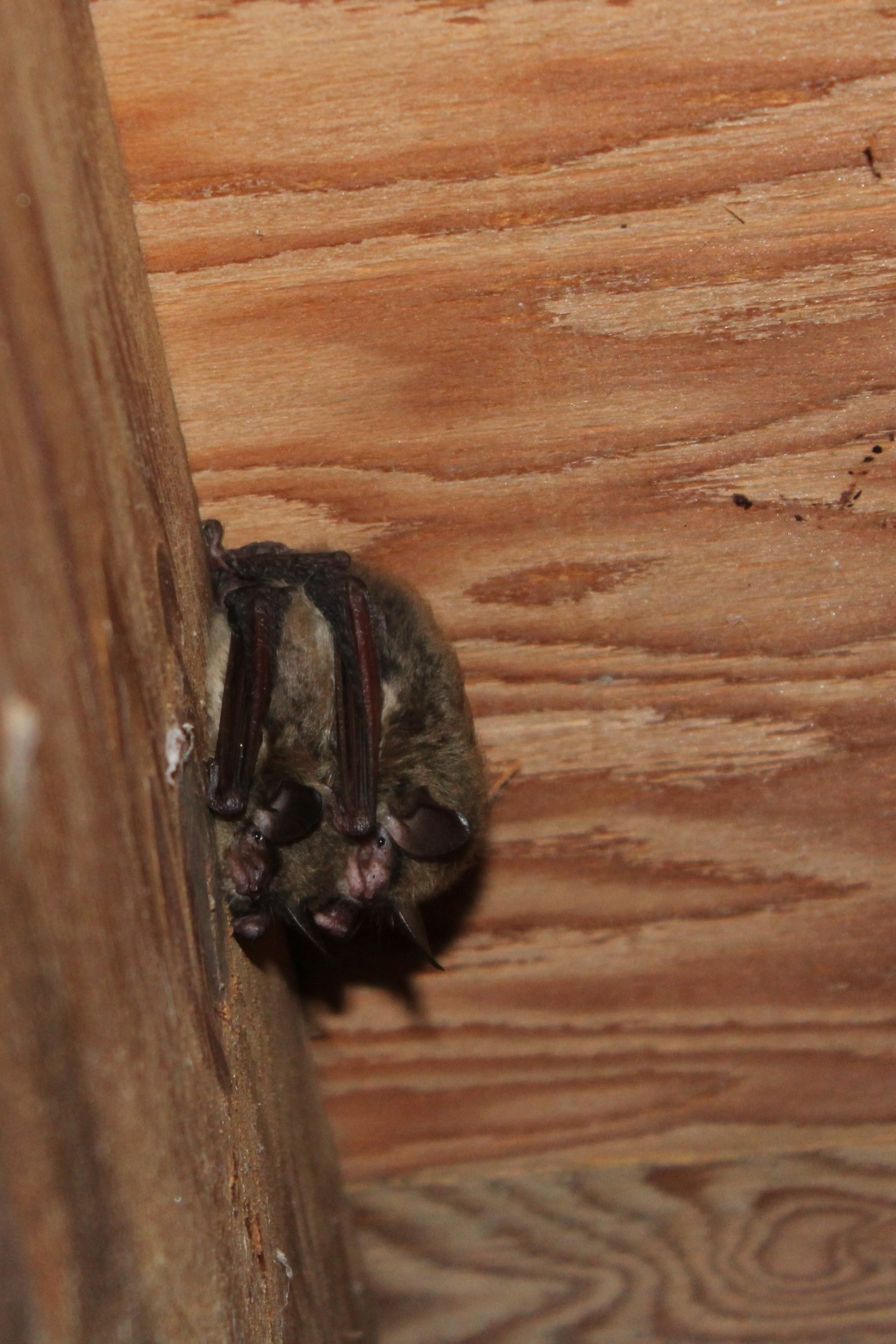 Northern long-eared bats have foregone the Batz Carlton, a fancy hibernation space that Simon Hickman built for them in April, opting instead for the same unfinished cinderblock basement on his property where they hibernated last winter. 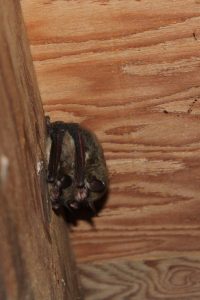 BiodiversityWorks recorded the bats’ calls inside and outside the basement in early December, and a small surveillance camera captured two bats fluttering into an empty smoke detector bracket on the ceiling, where they seem to be resting this winter. Two other northerns were found roosting against a wooden ceiling beam in the basement.

Another camera mounted inside the Batz Carlton hibernaculum has not revealed any bat activity, and no northern calls have been recorded near the site.

“On warmer evenings when the temperatures are above 35 degrees, it seems the bats are going out and foraging,” BiodiversityWorks director Luanne Johnson said in January, noting an abundance of winter moths that may serve as a food source. BWorks staff have yet to find any droppings that would reveal the bats’ winter diet.

BiodiversityWorks began studying northern long-eared bats on the Vineyard in 2013, after white-nose syndrome had devastated populations on the mainland. The fungal disease rustles bats out of hibernation and causes them to burn critical energy and die before the winter is through. Along with researchers at SUNY Albany and the Nantucket Conservation Foundation, BiodiversityWorks has been working to understand how coastal conditions may help keep the disease at bay on the Vineyard, Nantucket and Long Island.  All three groups are beginning winter insect surveys to assess insect availability for bats on nights when temperatures are above 35 F.

Simon’s basement tested positive last year for Pseudogymnoascus destructans (Pd), the fungus that causes white-nose syndrome, but we know the bats survived because activity on the bat detectors continued until spring emergence. December 2018 swab samples from the basement also tested positive for Pd, but at low levels. The bats observed this winter appear healthy, although we wouldn’t expect the symptoms of white-nose to appear until later in the winter, when the fungus has had more time to grow.

“For now, they seem to be in bouts of torpor, and then they wake up and we presume go out to feed,” said Luanne. “Which aligns with our hypothesis for how, if they are exposed to Pd, they are surviving.” Along with the presence of food in the winter, the increased body temperatures that result from feeding may help fend off the disease by making it harder for the cold-loving fungus to take hold. Remarkably, bat detectors have recorded feeding calls even inside the basement where we would not expect to find much food for the bats. The video camera captured the bats flying around on 9 nights between Jan. 8th and the 20th.

Interestingly, northerns on Nantucket and Long Island are using the same crawl spaces where other northerns hibernated last winter. “This may indicate that wherever they hibernate, they really like to stay in that spot, or as we say in the wildlife work, they are showing site fidelity,” Luanne said. “At the same time, there probably is at least one more structure on Martha’s Vineyard where the bats are hibernating, because we are only seeing four in this basement.”

She stressed the importance of homeowners being aware that unfinished basements and crawl spaces that are damp and cold may harbor northern long-eared bats, which are small enough to fit in a closed fist and can easily disappear into crevices.

Anyone who spots a bat in or around their property this winter is encouraged to email BiodiversityWorks at info@biodiversityworksmv.org or call 800-690-0993 ext 0.