It’s that smelly time of year when amorous male skunks roam the island in search of mating opportunities and some have close encounters of the vehicle kind. For much of the winter our striped skunk population has been snoozing in underground borrows in groups of two or as many as twenty burning up fat stores accumulated in the fall. Females typically den together, and a mature male is with every group of females. When females come into estrus in February and March males fight for access to them, and skunks often spray when mating. Thus, a home can become uninhabitable if a spraying event occurs under the foundation or in a crawl space.

Many islanders would say skunk problems originated on Martha’s Vineyard when Craig Kingsbury released them here in the 1960’s. While it is true the island was free of striped skunks from the early 1900’s until the 1960’s, most don’t know that skunks were originally part of the native fauna. In an 1807 account of the island, James Freeman listed skunks as one of the quadrupeds, and in a 1928 letter to the Harvard Museum of Comparative Anatomy Allen Keniston notes he had not seen a skunk in over a decade but that they were once common. If skunks were native to the island, why are they superabundant today? Many tell me it is because they don’t have a predator here, but that isn’t the problem. I have read just about everything published on striped skunks before 2016, and even in regions of the country with coyotes and grey fox, skunks are not killed and eaten by larger carnivores very often. To that point, there are many coastal areas of California that also have abundant skunk populations even though coyote, fox, and mountain lions co-occur. Great horned owls are frequently mentioned as a predator, but they much prefer rabbits. In all of the published research I read where skunks were radio-collared and tracked, predation was less than 5% of the mortality. Disease, vehicle strikes, and trapping/shooting by humans are the primary causes of mortality. All of these occur on Martha’s Vineyard, but those sources of mortality can’t keep up with the population growth from the food and shelter subsidies humans provide.

A female skunk can produce a littler of 8 – 10 kits and nurse them all to independence if she has reliable food, and that is certainly the case on Martha’s Vineyard – a skunk’s paradise.  They can cruise through most neighborhoods eating seed under bird feeders or grubs in lawns. Urban skunks can walk the sidewalks of Edgartown, Oak Bluffs, or Tisbury to find food scraps dropped by people eating at various restaurants. On the beach, they hoover up bits of food left by beachgoers at the end of the day. Those living near farms with open compost piles have a ready s supply of rotting produce.

Each of us could play a role in bringing these predator populations back into balance, but it will require some changes in our habits and preferences. Here are some practices that could have an impact if implemented. 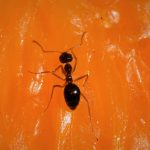 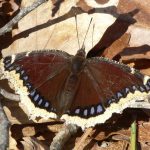