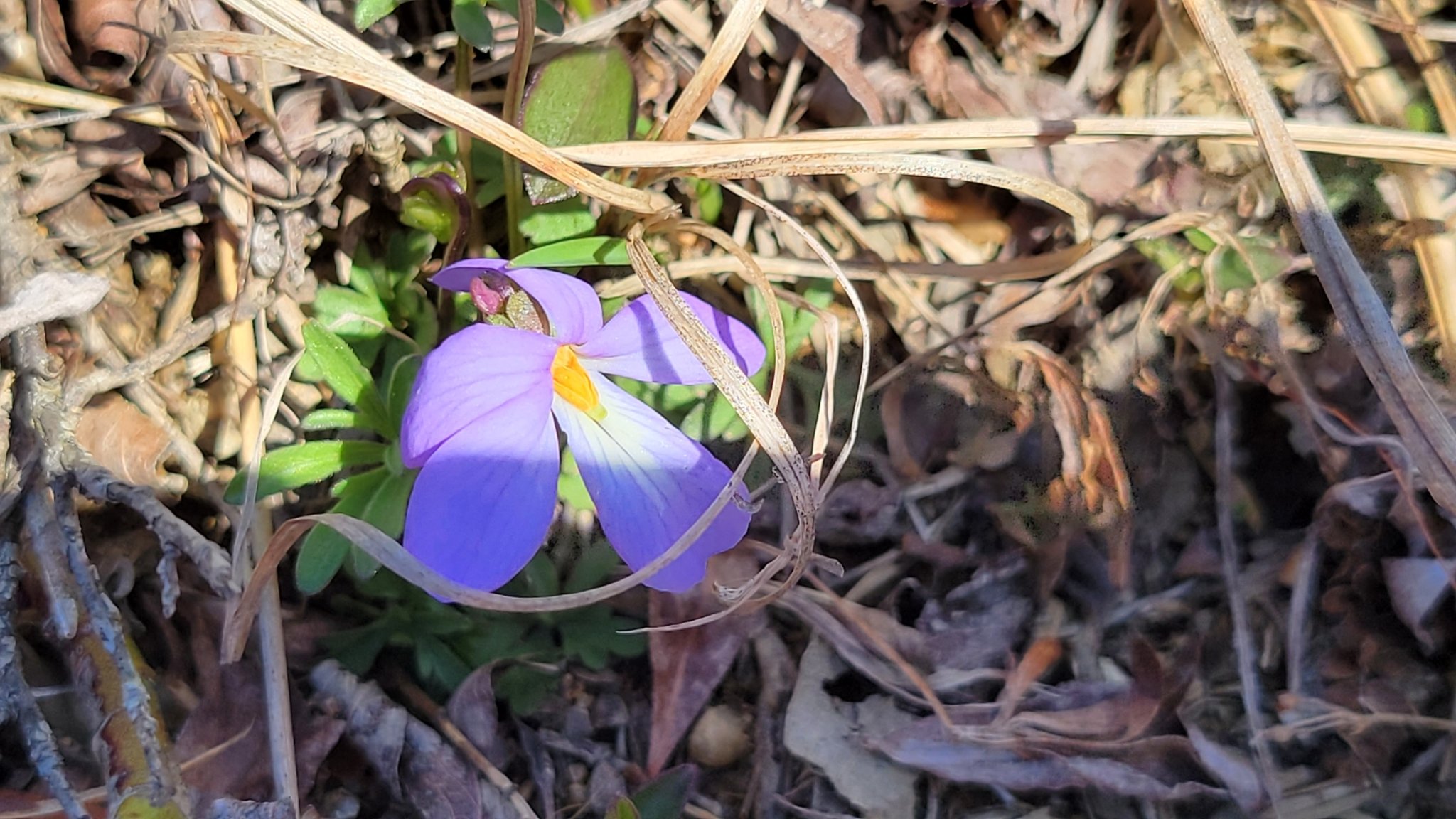 The range of Bird’s Foot violet, Viola pedata, extends across most of the eastern United States. But wherever it occurs, this distinctive spring-flowering perennial lives on sandy soil. So it’s no surprise that it flourishes on the lean, gritty soils of the Martha’s Vineyard outwash plain. The lavender flowers and ground-hugging, deeply lobed leaves of this plant are especially easy to find along the fire lands Correllus State Forest. Bird’s Foot Violet tends not to occur in developed or degraded sites and is often regarded as an “indicator species” of high-quality sandy habitat.

While violets can be tough to identify to species, this one is instantly recognized by its leaves, which can be imagined to resemble the feet of birds. The flowers are pollinated by a range of insects, probably including bees, flies, ants, and butterflies such as the Cobweb Skipper (Hesperia metea), which I’ve often seen nectaring on this flower. Fertilized flowers form their seeds in capsules which, when ripe, burst and scatter the seeds around the parent plant – launching them, reportedly, as far as 15 feet! Dispersal is further assisted by ants. The seeds are covered in a sweet, sticky substance that ants find attractive. In attempting to haul seeds back to their nests, ants drop some of the seeds well away from their point of origin. Other seeds are brought successfully to the nest, picked clean of the sweet coating, and then discarded outside the nest, often in suitable spots for the seeds to germinate. It’s not a long-distance method of dispersal, but it allows this plant to establish colonies that may extend for many yards across suitable habitat. Viola pedata, then, tends to have a patchy distribution, absent in some areas but very common in others. And it’s a fascinating example of a highly evolved dispersal method and a mutually beneficial interaction between a plant and an insect. 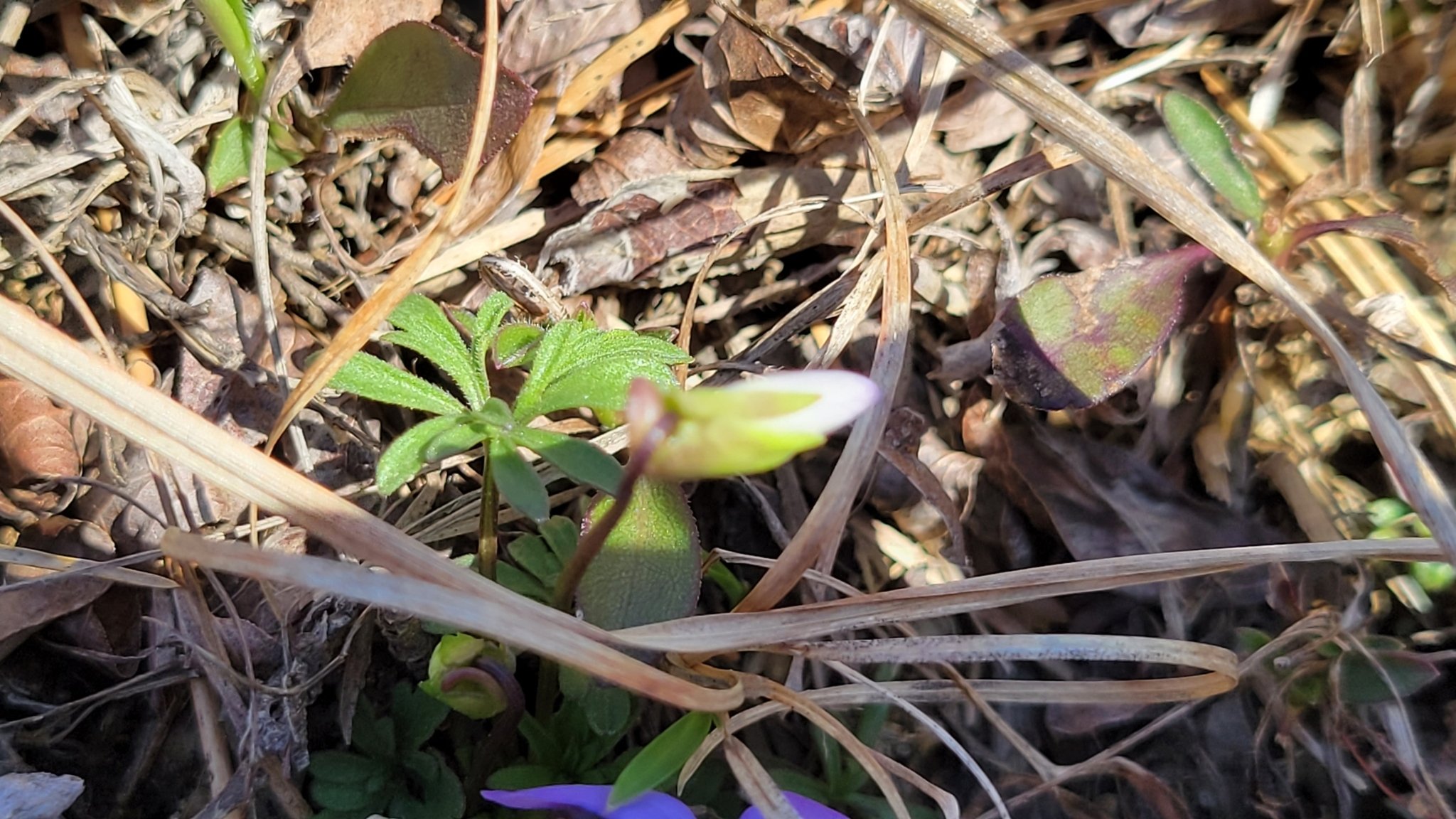 So far, iNaturalist records for Bird’s Foot Violet on the Vineyard are limited to Correllus State Forest. But this elegant plant undoubtedly occurs on sandy soil elsewhere on Martha’s Vineyard. If you’re an iNaturalist user, you can help map the Island distribution of this unusual plant by keeping an eye out for it, photographing it wherever you find it, and uploading your observation into iNaturalist. If you’re not an iNat user, we urge you to sign up and begin contributing your observations for this and all other wild species!