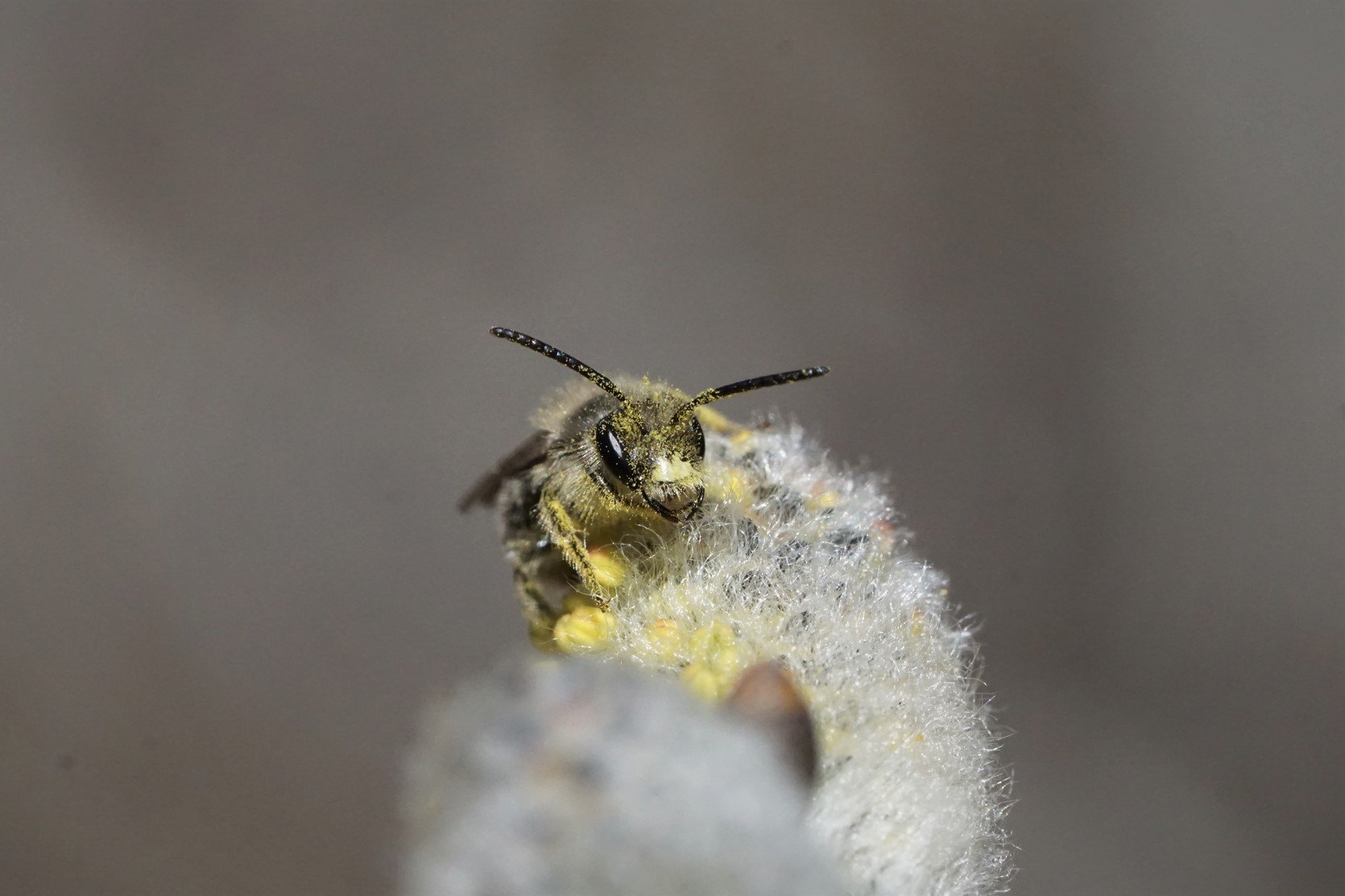 While spring is still just getting started, the first of the Vineyard’s native bees are already on the wing. Queen bumblebees, having overwintered under the leaf litter, are starting to rouse themselves to found new colonies. And solitary bees, many of them ground-nesters, have overwintered as pupae in their burrows and are now emerging as adults.

A high priority for all of these bees is finding nectar and pollen, both to support themselves and (if they’re females) to provision their nests. In the case of solitary bees, males and females also need to find each other so they can mate. (Bumblebee queens mated last fall and emerge ready to lay viable eggs.) With relatively few plants in bloom so early in the year, bees of all kinds tend to concentrate on whatever flowers are available, making it relatively easy for human observers to find them. Many native bees, though, given a choice, exhibit strong preferences in their flower choices. Flowers of appropriate kinds may attract male and female solitary bees to the same location, helping them find each other. 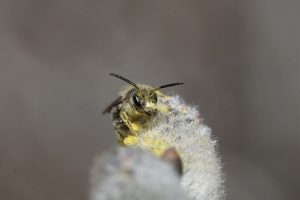 A male Andrena bradleyi foraging on a willow flower in early April. Note the dusting of pollen grains stuck to his face, legs, and antennae.

One example of an early-season solitary bee is Andrena bradleyi, which appears to be fairly common in a range of natural habitats on Martha’s Vineyard. While the huge, complex genus Andrena is something of a nightmare for identification, A. bradleyi is fairly distinctive: both males and the larger, fuzzier females have unusually long, “horse-like” faces, and on males, there is a distinctively shaped white patch on the clypeus (the plate that forms the lower part of the face of a bee). Bees in the genus Andrena can often be recognized by the presence of so-called “facial fovea” – shallow grooves, lined with fine pale hairs, running along the inside edge of the eyes. These fovea show up very well in the accompanying image of a female A. bradleyi. 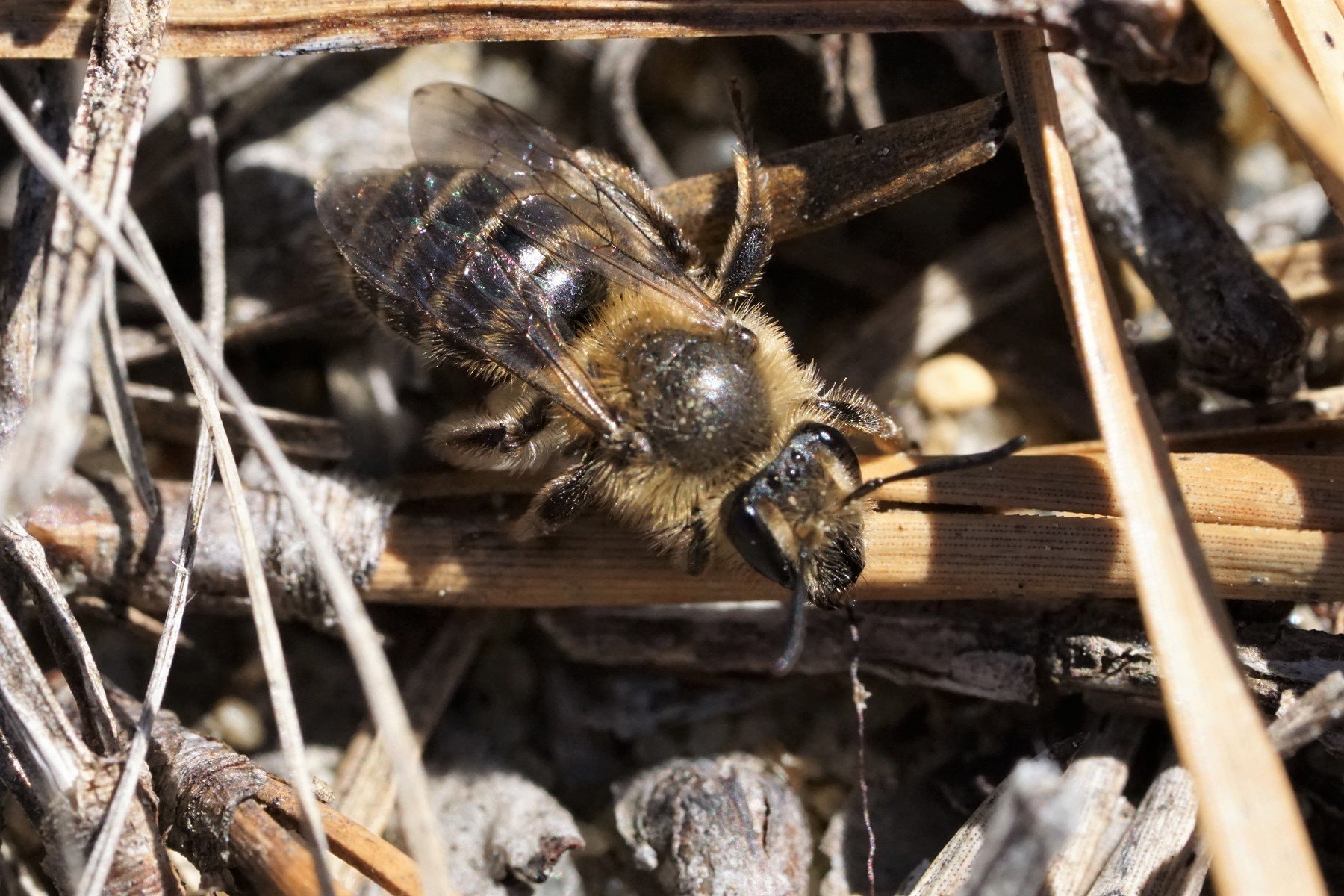 A female Andrena bradleyi, foraging for a nest site in Correllus State Forest in early April

Renowned for their role as pollinators of a wide variety of plants, bees are critical members of the Vineyard’s ecosystem. And the Island supports an amazing diversity of bees: more than 180 species have been documented here. As you start enjoying the spring weather outdoors, keep an eye out for these remarkable insects, which are easy and fun to observe.