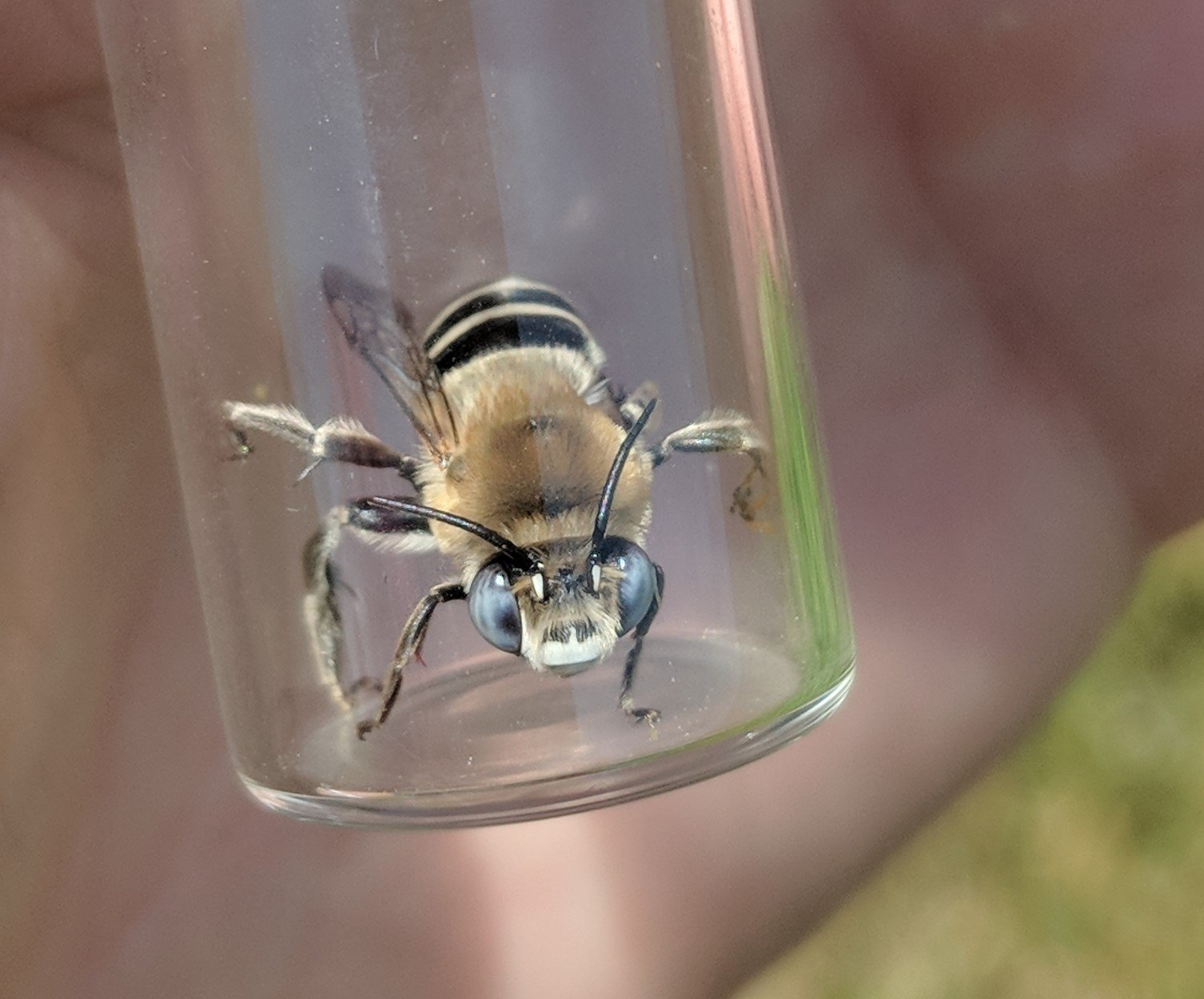 Friday, May 20, is both Endangered Species Day and World Bee Day. What could be a more appropriate topic for that dual celebration than  an endangered bee? Walsh’s Anthophora (Anthophora walshii), a rare species throughout the Northeast, is listed as “Endangered” under the Massachusetts Endangered Species Act. And Martha’s Vineyard hosts one of the few known New England populations of this specialized bee.

Walsh’s Anthophora, photographed and released on Cape Cod by Nathaniel Sharp. The Martha’s Vineyard population of this beautiful bee is critical to preserving this species in Massachusetts.

Globally, A. walshii is secure: it’s a relatively common bee in the core of its range, roughly from Illinois across the Midwest and the Great Plains to the foothills of the Rocky Mountains. But a small and precarious disjunct population persists in the Northeast, separated by some 600 miles from the nearest edge of the main population. I don’t think anyone knows for sure what accounts for this odd distribution. But at some point, a larger ancestral population must have been divided in two by a bulge of inhospitable habitat along the Appalachians. Perhaps a lobe of Ice Age continental glacier caused the fracture. Or perhaps it was the establishment of vast expanses of forest once the ice had retreated.

For Walsh’s Anthophora is very much a bee of open habitats, mainly native grassland and prairie. Its western population takes pollen and nectar from a wide range of flowers, but in Massachusetts, this bee associates very strongly with yellow wild indigo, Baptisia tinctoria. This plant is common on the Vineyard, found on fire lanes in Correllus State Forest, at Katama, and to a lesser extent in other dry, sandy sites. There is surely more to the story: the wild indigo is much more common than the bee, and statewide, many sites that have wild indigo apparently don’t have Walsh’s Anthophora. But given what we know about A. walshii, the presence of robust Vineyard wild indigo populations appears to be essential for the bee’s survival on the Island. 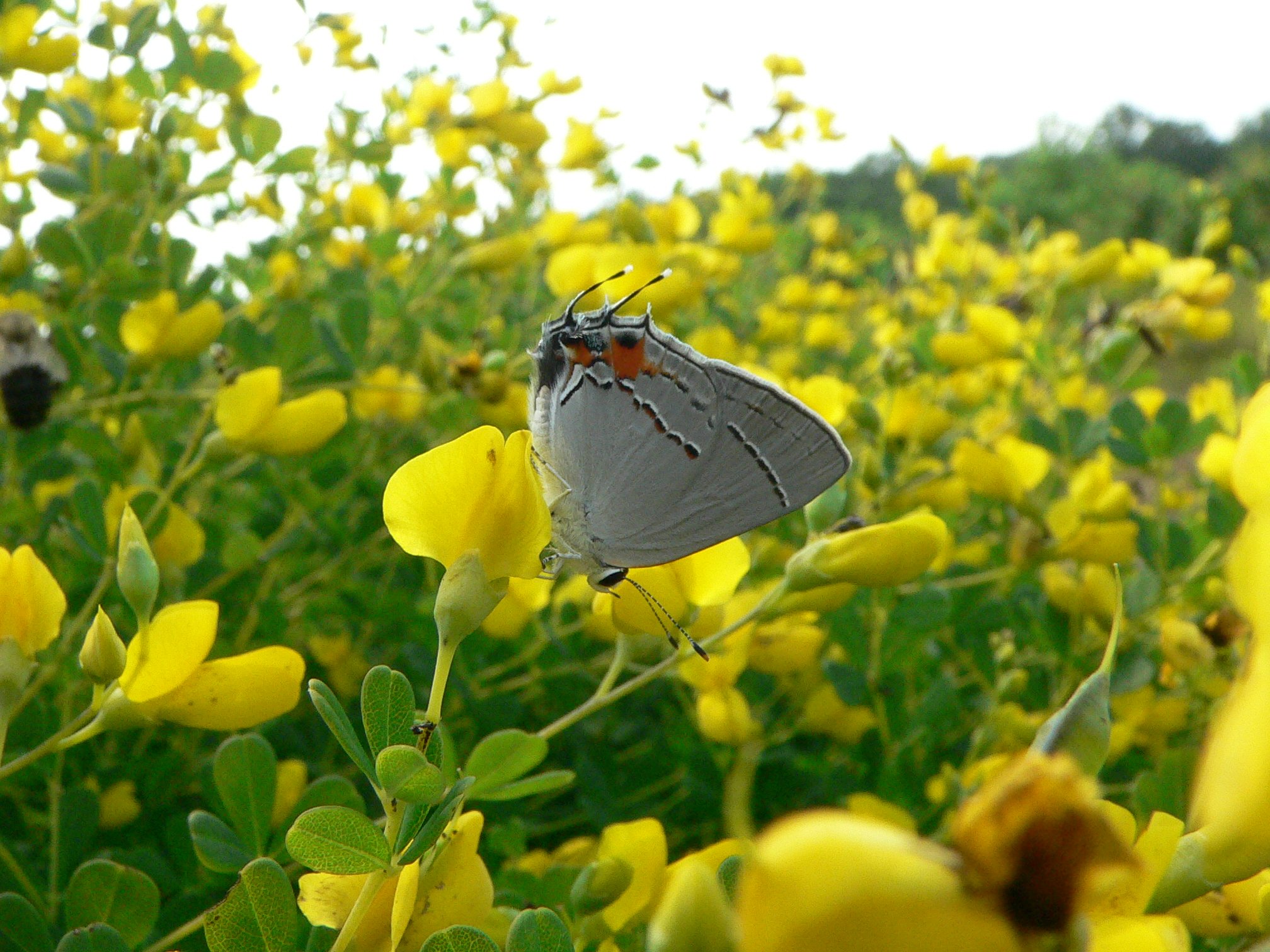 In fact, this attractive bee is known in Massachusetts from just a handful of records, all from Cape Cod, the Vineyard, or the Elizabeth Islands. There are, quite likely, additional populations out there waiting to be discovered. But for now, it is the Cape and Islands that are responsible for preserving Anthophora walshii as an extant Massachusetts species. We can help Walsh’s Anthophora by conserving sandplain habitats and managing them effectively. Periodic mowing and, especially, application of prescribed fire help maintain favorable conditions for A. walshii and many other specialized insects. In particular, burning seems to benefit wild indigo, this bee’s favorite plant, perhaps by suppressing numbers of a weevil, Trichapion rostrum, which feeds heavily on Baptisia seeds. 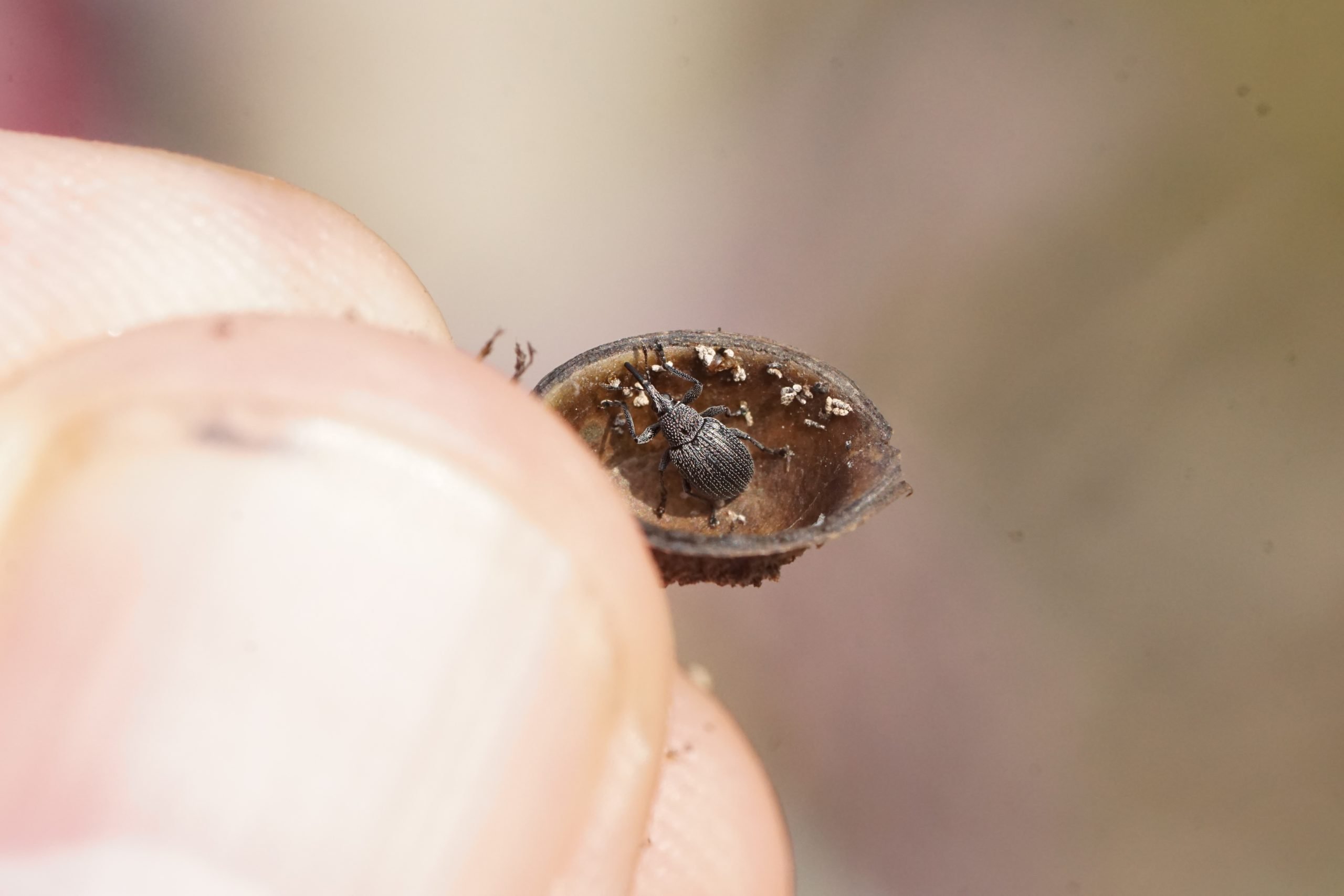 An adult Baptisia seed pod weevil, Trichapion rostrum, with the pod it matured in. The maturing beetle larvae ate the seeds to fuel its growth. High density of T. rostrum probably translates to gradual decline in the wild indigo population.

On this day that celebrates both bees and endangered species, Vineyarders should reflect on how fortunate we are to enjoy such a wealth of native habitats and their associated wildlife. And we should think, too, about our responsibility for preserving the natural wealth that we enjoy; it belongs to the future, not just to us. Rare species like Anthophora walshii highlight both our good luck and our obligations. We owe it to these endangered species to learn about and protect them.