A vastly diverse and ecologically vital group of insects, the moths (most of the members in the order Lepidoptera) have also emerged as one of the most popular subjects for amateur nature study. There are good reasons for this: moths can be incredibly beautiful, and in contrast to most types of wildlife, they can easily be summoned in close for easy observation.

The explanation is the fascination most moth species have with light – a fascination that has never, as far as I know, been fully explained. But entomologists have long studied moths by setting traps “baited” with short-wavelength light, which many moths find especially attractive. And in recent years, amateur naturalists have begun holding “moth nights” in which a white sheet, illuminated by any of several kinds of lights, attracts moths and other nocturnal insects for easy observation, photography, and identification. Invite your friends, load the cooler with your beverage of choice, set up a lawn chair – nature study is rarely so convenient, comfortable, and social! 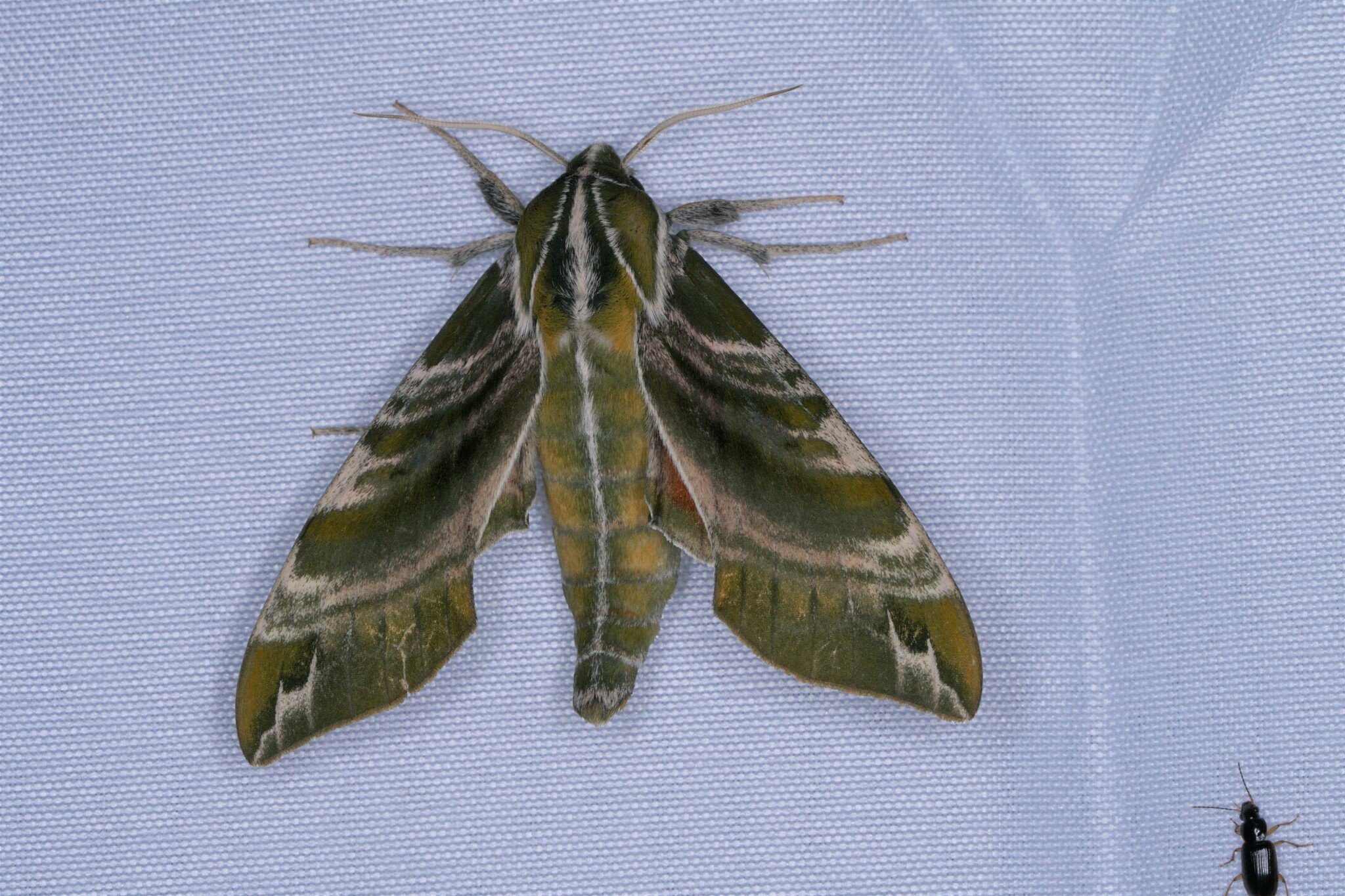 The results can be impressive. Using very basic equipment, a moth night run at our June 17-18 bioblitz at Long Point Wildlife Refuge, run in conjunction with The Trustees, tallied about 25 species of moths. The moth sheet run during our July 16 bioblitz at The Nature Conservancy’s Hoft Farm Preserve attracted about 35 species (along with a good mix of beetles and other insects). And a public mothing event held by BiodiversityWorks with the cooperation of the Massachusetts Department of Conservation and Recreation at Manuel F. Correllus State Forest rang up around 65 species. (Actually, true diversity was higher at all three events. But moth ID is challenging, many moths can’t be ID’d to species from photos, and individuals only identified to the genus or family level often get lumped together and only count as one species.)

Mothing set-ups range widely in terms of sophistication. At the simplest end, simply leaving your porch light on at night will likely attract at least a few moths. More serious set-ups may involve fluorescent “black light” bulbs, intense mercury-vapor lamps, or a combination of the two, with car batteries or extension cords providing the juice. The camera in a smartphone will usually work fine for photographing moths at a sheet (experiment with turning the flash off or on). Or you can use a camera with a flash attached. Since cameras often don’t focus well in low light, it may be helpful to use a headlamp or flashlight to illuminate your subject before you press the shutter button.

Most moth-watchers keep lists of species from each observation session, compiling a checklist for the site and allowing comparison of data across a season or year to year. If you take photographs, it’s a good idea to archive them in a folder named with the date and location, so you can find images easily in the future. As with any kind of insects, identifying moths is a skill that takes time to learn. But a good field guide, like the Peterson Field Guide to Moths of Northeastern North America, will help with the majority of moths that are likely to turn up at a moth sheet. Web resource for moth ID typically work best if can narrow a moth down to family or genus; but Butterflies and Moths of North America and Moth Photographers Group are two sites you will likely find helpful. Finally, moth photos submitted to iNaturalist are often identified by some of the many regional moth experts who use that platform. An added benefit of using iNaturalist is that your observations become useful data for scientists and amateur naturalists seeking to learn about moth distribution. 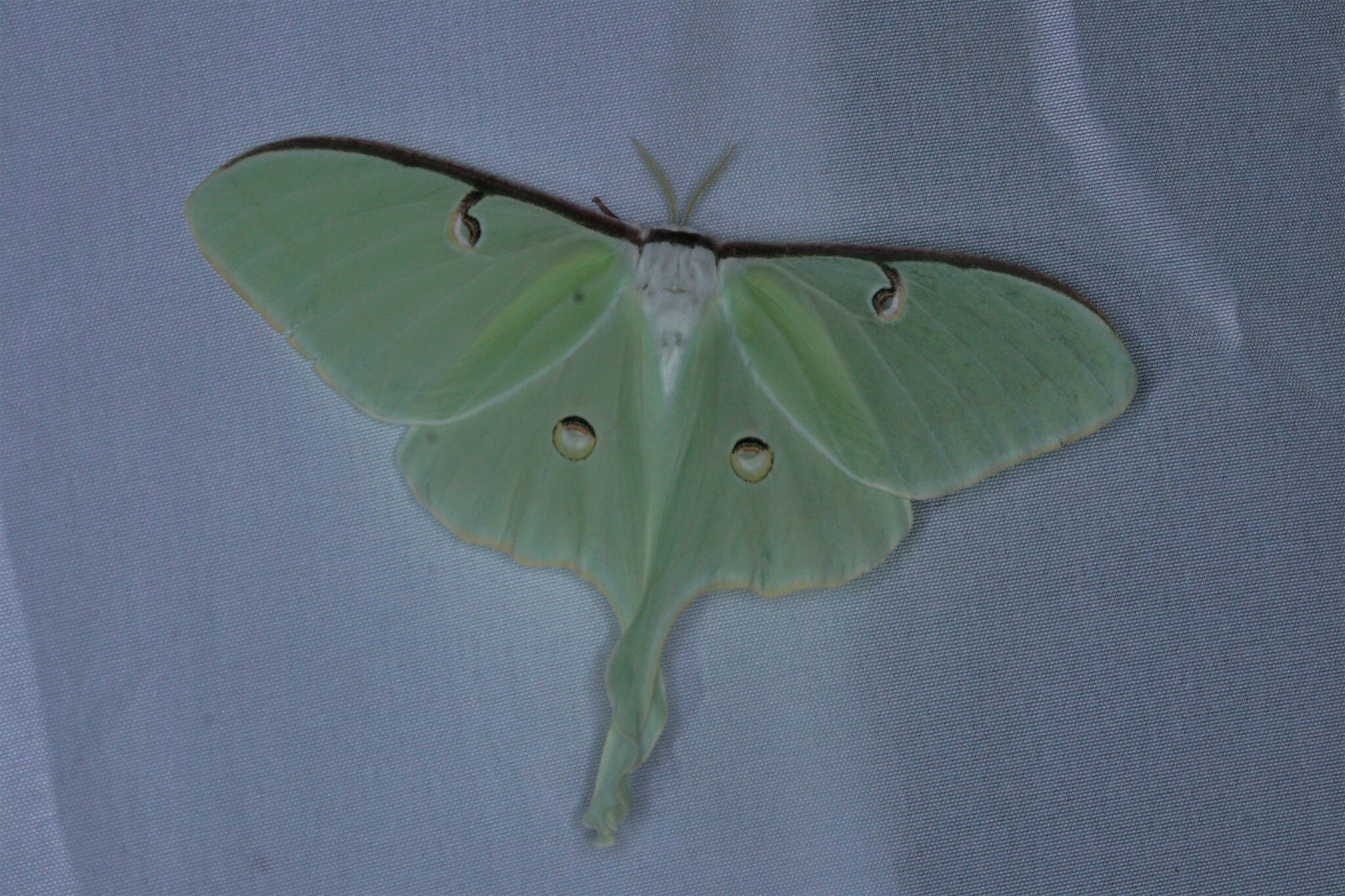 There is a bit of irony in all this, in that the fondness of moths for light can lead to significant conservation worries. Artificial light sources can distract moths from what they really ought to be doing (mostly, finding a member of the opposite sex and making more moths). So light pollution is regarded as a threat to moth populations, and as a general principle, moth habitat should be exposed to as little artificial light as possible.

But the fact is it’s very difficult to study or appreciate moths without using some form of light. As long as lights are used sparingly, I believe the benefits gained from being able to view and study moths outweighs any negative impact. But I do urge you to take the light pollution problem seriously: unless you have a good reason for running external lights at night – whether it’s safety, to facilitate a social event, or to study nocturnal insects – keep your property as dark as you can. It’s one thing you can do to help ensure that moth populations will remain healthy into the future. 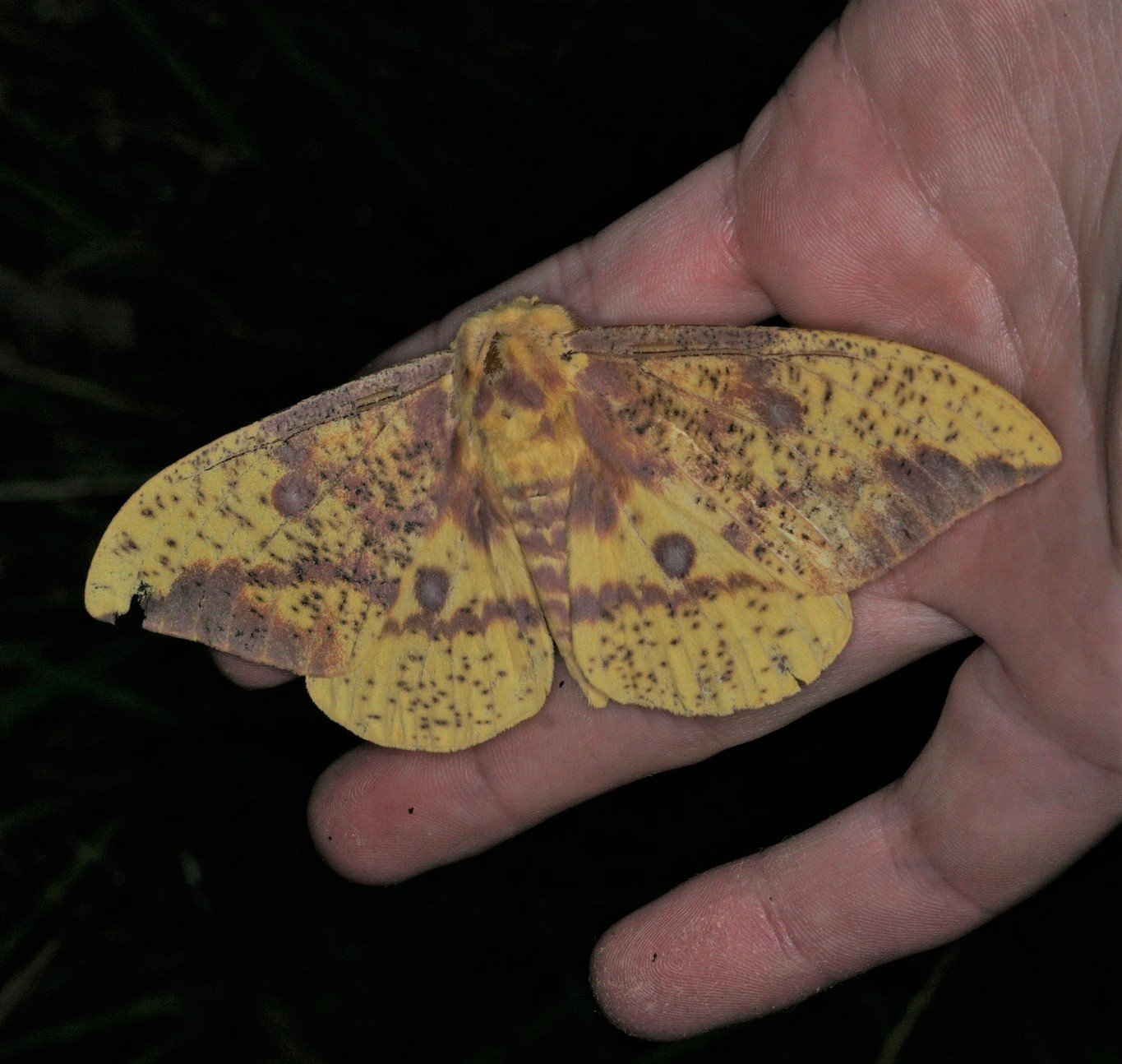 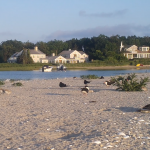