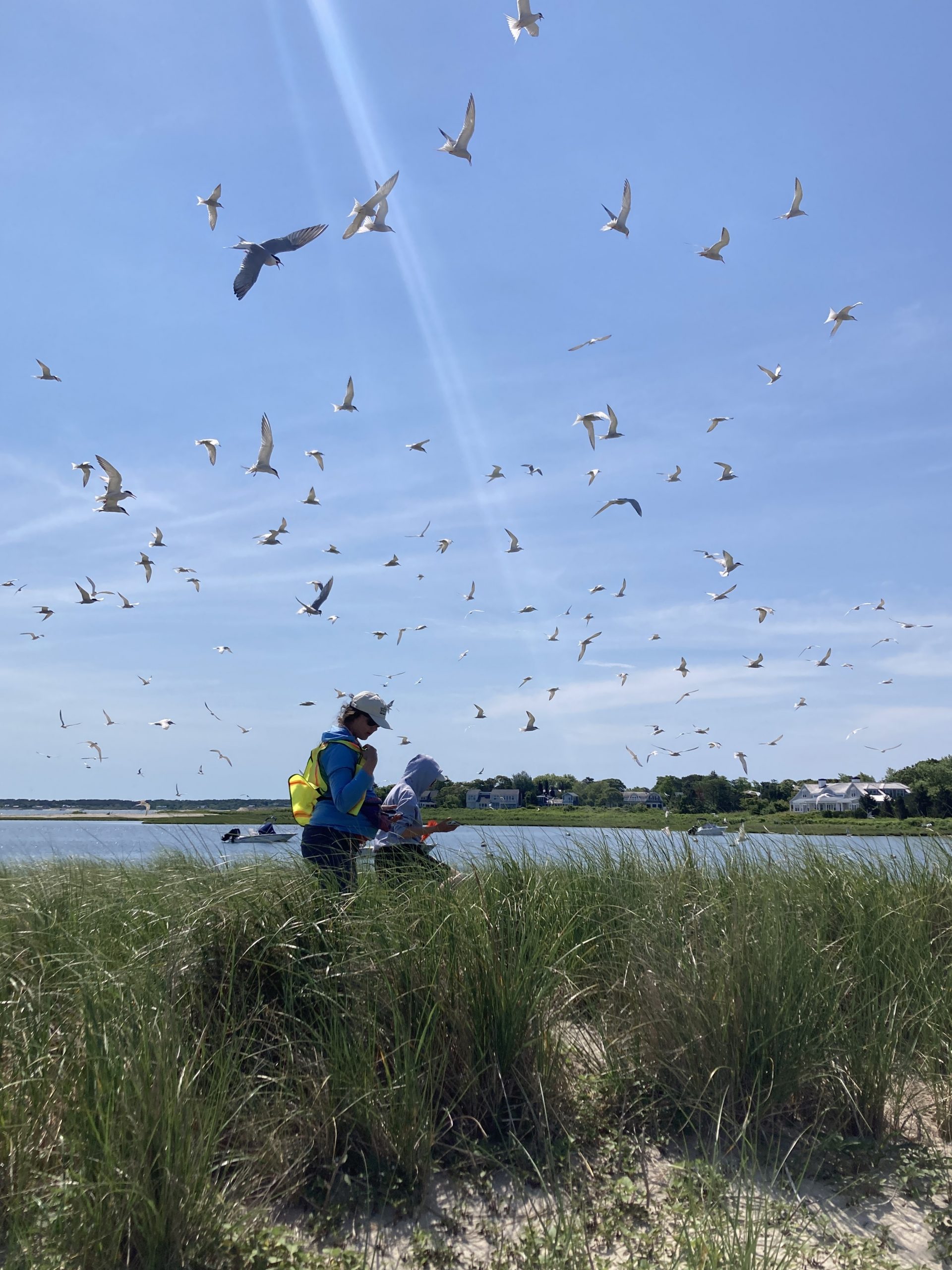 The BiodiversityWorks shorebird management team is wrapping up its 11th season of monitoring beach-nesting birds at select sites across the island. The Vineyard’s beaches represent critical habitat for these birds and their well-camouflaged eggs and chicks. Our staff and volunteers spent many hours this spring setting up symbolic fencing at traditional nesting sites in preparation for the return of piping plovers, American oystercatchers, least terns, common terns, and black skimmers. As the season went on, our team monitored the birds all the way from courtship to hatching to fledging. We also protected breeding adults, nests, and chicks with selective predator control, nest exclosures, and signage. And we participated in an innovative study of using scent to divert would-be predators from active nests. 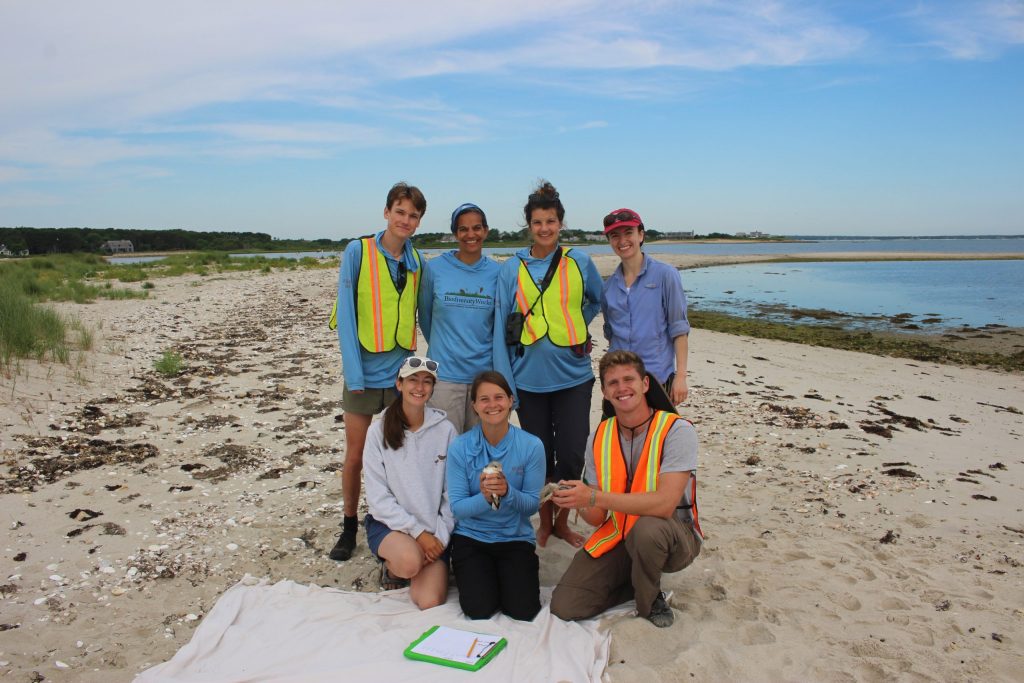 BWorks-managed beaches hosted 38 nesting pairs of piping plovers in 2022. Over the course of the summer, these birds made a total of 51 nest attempts. Twenty of those nests (39%) successfully hatched. Across all of the beaches we manage, 35 piping plover chicks fledged, yielding productivity of 0.92 chicks/pair. This is below the figure of 1.24 chicks fledged per pair, which is the state’s goal for piping plover recovery, but is a welcome increase from last year’s productivity of 0.51 chicks/pair, which was our lowest on record. 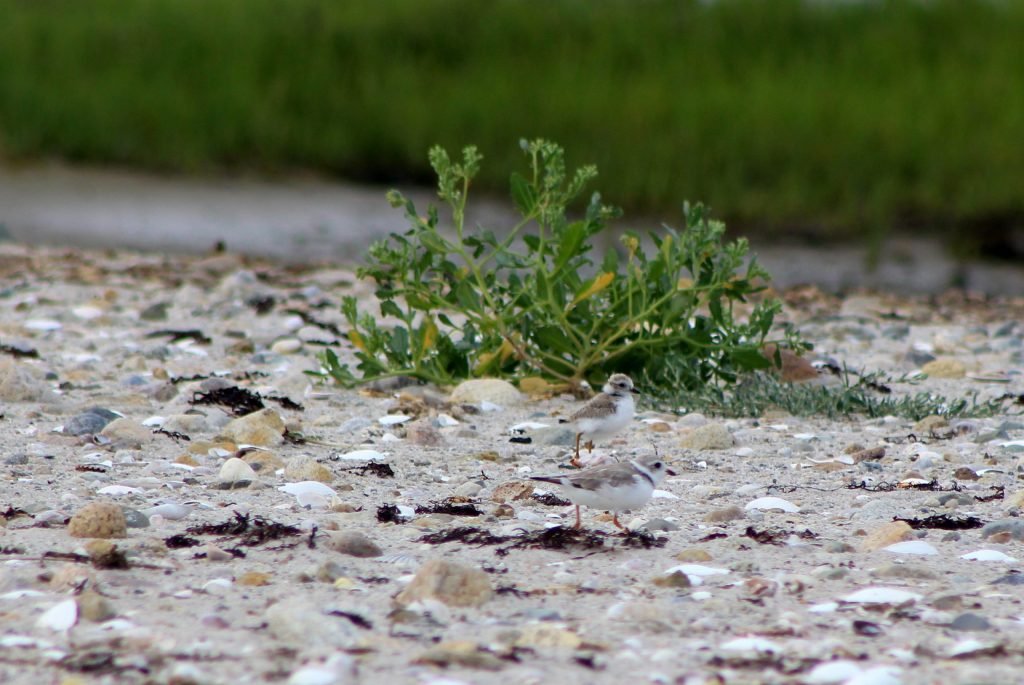 An adult piping plover watches over a chick

This season we also had 15 nesting American oystercatcher pairs. They made a total of 22 nest attempts, of which only eight produced hatchlings. Ten chicks fledged (0.67 chicks/pair), which is typical productivity for these long-lived birds. Our monitored sites yielded 285 common tern pairs, 482 least tern pairs, and 22 black skimmer pairs. Many of these colonies showed poor productivity, mostly as a result of predation. Little Beach/Eel Pond in Edgartown, owned by Sheriff’s Meadow Foundation, was the premier site for nesting terns, with the majority of the birds nesting on a short (less than half-mile) stretch of beach. To better assess the predation issues, we deployed wildlife cameras within the colony, capturing images of black-crowned night herons, greater black-backed gulls, skunks, and raccoons in the colony – all of them likely depredating eggs and chicks. The result of this pressure was very low tern productivity. Black skimmers, with their nests sandwiched between nesting common and least terns, fared much better. The skimmers were able to hatch most of their nests and fledge 13 chicks, nine of which we were able to band before they fledged. 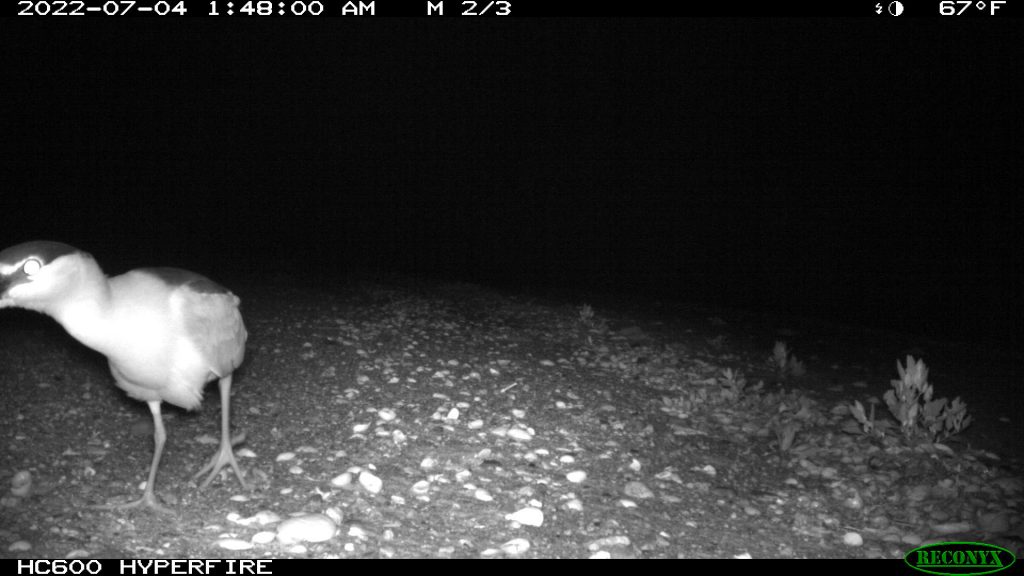 A black-crowned night-heron hunting in a tern colony.

The preliminary data for all of Martha’s Vineyard is showing there were between 75 and 85 nesting piping plover pairs, producing a total of 63-69 fledglings across the Island. That works out to productivity of between 0.82 and 0.90 chicks per pair. This is fairly typical productivity for the island and, as was the case on BWorks beaches, reflects a significant increase from 2021. All in all, the Vineyard supported 46 nesting pairs of American Oystercatchers, fledging 24-27 chicks; 369 pairs of common terns; 569 pairs of least terns; and 22 pairs of black skimmers. We appreciate the collaborative effort our conservation partners put into supporting these beach-nesting birds and their nesting sites.

Coastal bird nesting success is subject to extreme year-to-year variation. Exceptional productivity in 2020 was followed by poor results in 2021. This year’s ups and downs averaged out to a fairly typical breeding season on the beaches, and in light of some difficult weather and heavy predation pressure, we were happy to see 2022 numbers climb back into the usual range. Even though not all of our birds nested successfully, we know we gave them the best chance we could, and because of that, we expect to welcome them back next spring to try again! 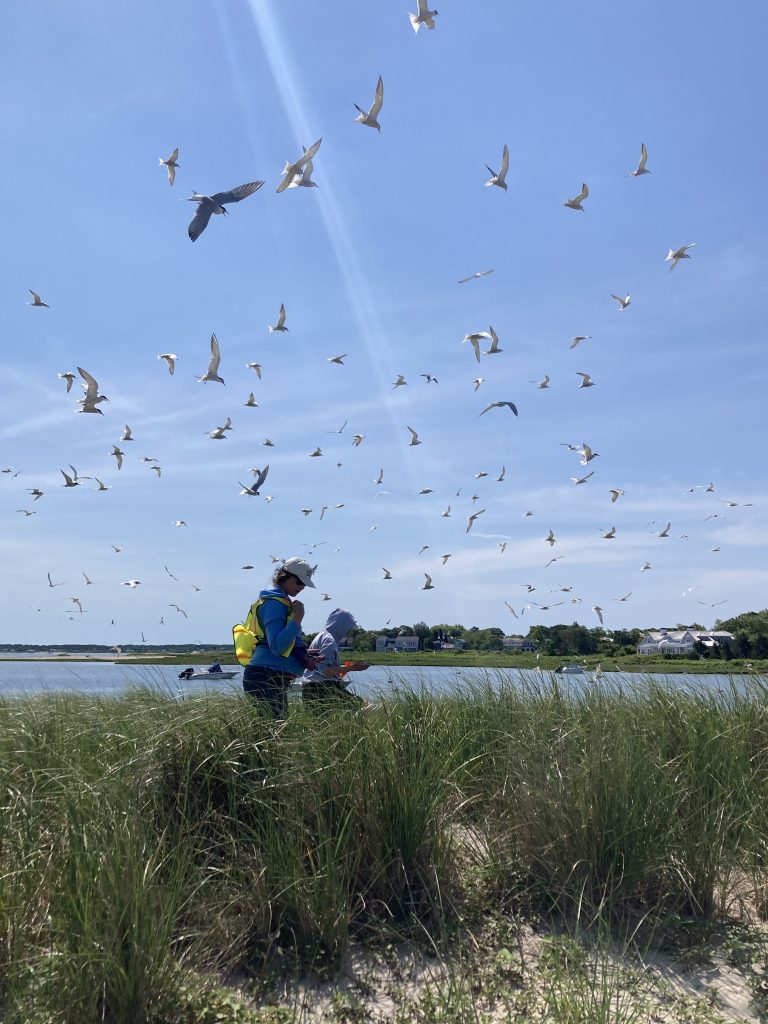