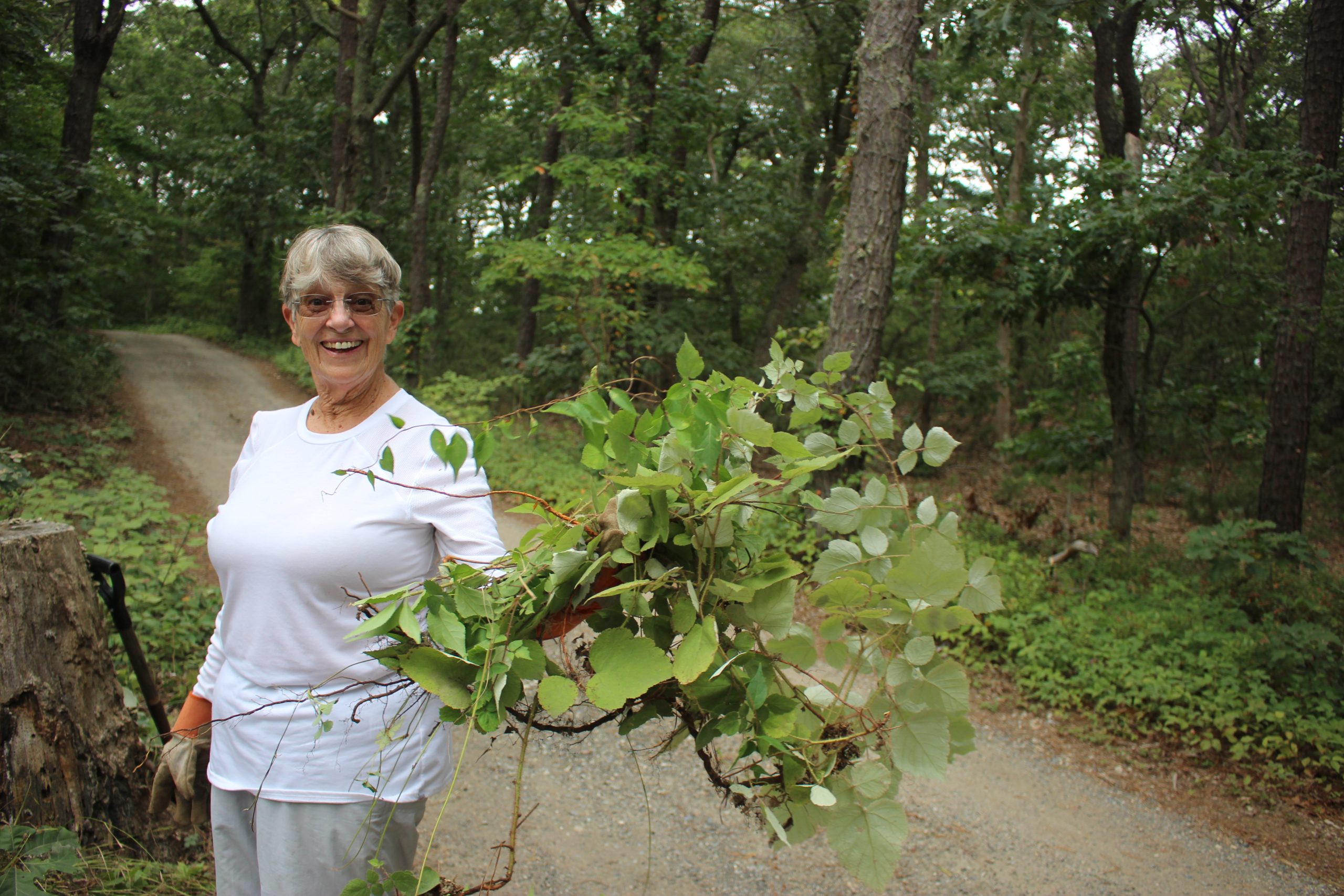 According to the Northeast Regional Invasive Species and Climate Change network, nearly 100 southern invasive plants are at risk of becoming range-shifting species, expanding North as average temperatures warm. Invasive species threaten native plants and animals with increased competition for space and resources.  Some invasive plant species even go so far as to change the soil chemistry, making an area inhospitable to native species. When plant communities shift from native to predominantly non-native invasives, it diminishes the safety net of services offered by a biodiverse and native plant community.

Many non-native, invasive plants produce fruits with seeds that are eaten and distributed by birds and other wildlife, inadvertently planting them and facilitating their invasion. While food for birds and wildlife may seem like a benefit of these invasives, their fruits and seeds are often much less nutritious than those of native plant species. Here on Martha’s Vineyard, you can find many patches of problematic invasives. But in this blog post I’m going to focus on a few of the most pervasive that may be in your yard and how you might begin invasive plant management to promote native biodiversity. 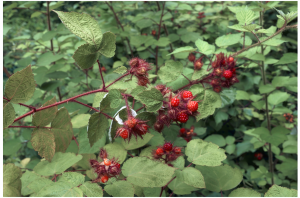 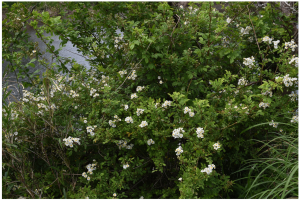 Quick tips for invasive plant management in the early fall 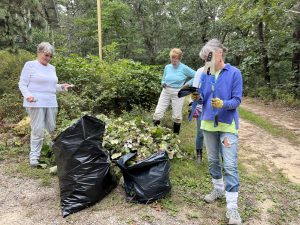 Safely dispose of your invasive plant material to avoid unintentional spread. Lay out the debris on a tarp and cover it with another tarp to completely kill the plant and minimize dispersal of fruits/seeds.

At the end of this post there is a resources section with guidance on removal and disposal for each species.

Tips for the growing season

The growing season is the best time to remove invasive plants because most of their energy is going towards producing new growth instead of storing reserves in the root system. Many invasive species begin sprouting earlier in the season than most native plants, so they are easy to identify in the spring.  Consistent cutting throughout the growing season can ultimately eradicate a population after a couple of years. However, cutting them back only 2-3 times in a year can actually bolster an invasive species population.

BiodiversityWorks undertook some invasive species removal at our office this past week, focusing on  bittersweet, wineberry, multiflora rose, autumn olive, and burning bush with help from volunteers Sharon Britton, Lani Goldthorpe, and Sharon Pearson. In less than two hours we were able to cut back many bittersweet vines and autumn olive shrubs before they fruited, allowing us to create brush piles without seeding more of these plants. We also removed a patch of wineberry that had re-grown in a diminished size after management last summer. It was surprising to find a large burning bush that had seeded into our forest, but we found it before it went to seed as well. We plan to get to work on these invasives again in the spring when they will be easy to spot with bright green growth that sprouts before the native species.

A Guide to Identification and Control

Angela was the Natural Neighbors program director from May 2021 to November 2022. She grew up on Martha’s Vineyard and lives in West Tisbury. Angela has a B.S. from UMass in Plant, Soil, and Insect Sciences and an M.S. from American Public University in Environmental Management and Policy.