Each spring and summer we protect nesting areas with symbolic fencing (posts and rope) so that people and birds can share the shore safely. We walk many miles of beach locating nesting pairs, censusing their numbers, and collecting data on nest and chick survival. We also work to reduce predation pressure by superabundant predators (primarily American crows and striped skunks) at beaches where they eat more than 60% of eggs laid or chicks hatched. Besides the joy of seeing chicks hatch and fledge, sharing our passion for beach-nesting birds is a favorite part of our work. At the bottom of this page you will find a map of the beaches were we work and a summary of the birds we protected and their productivity from 2011 – 2020. 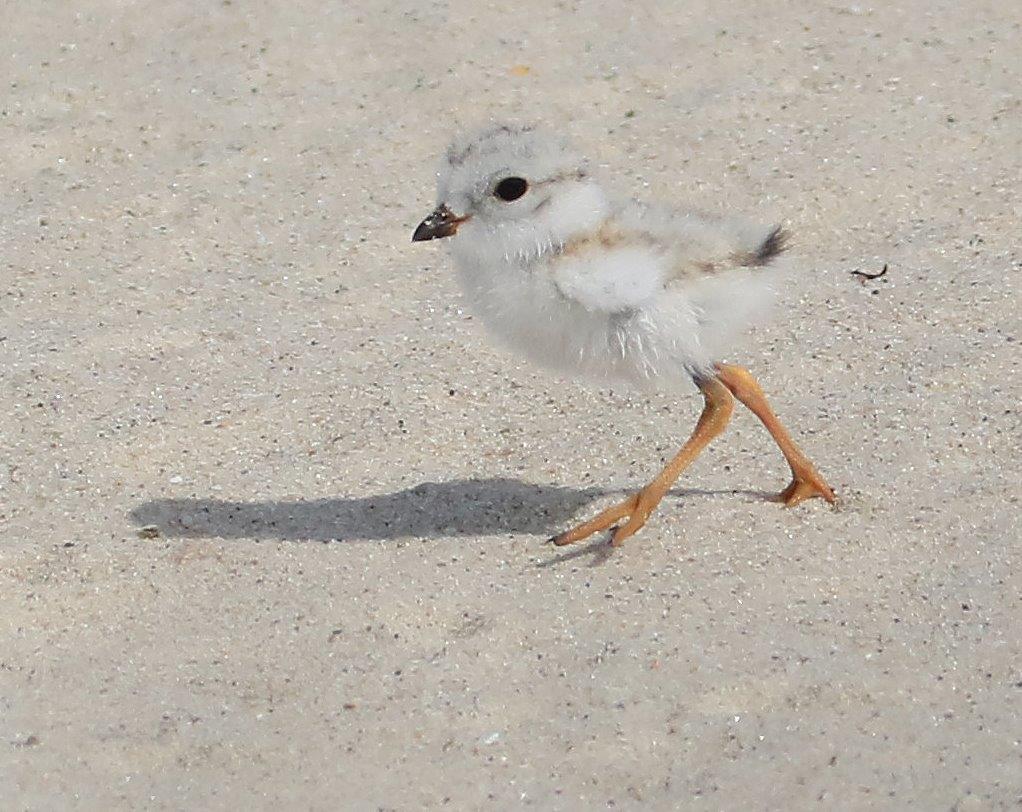 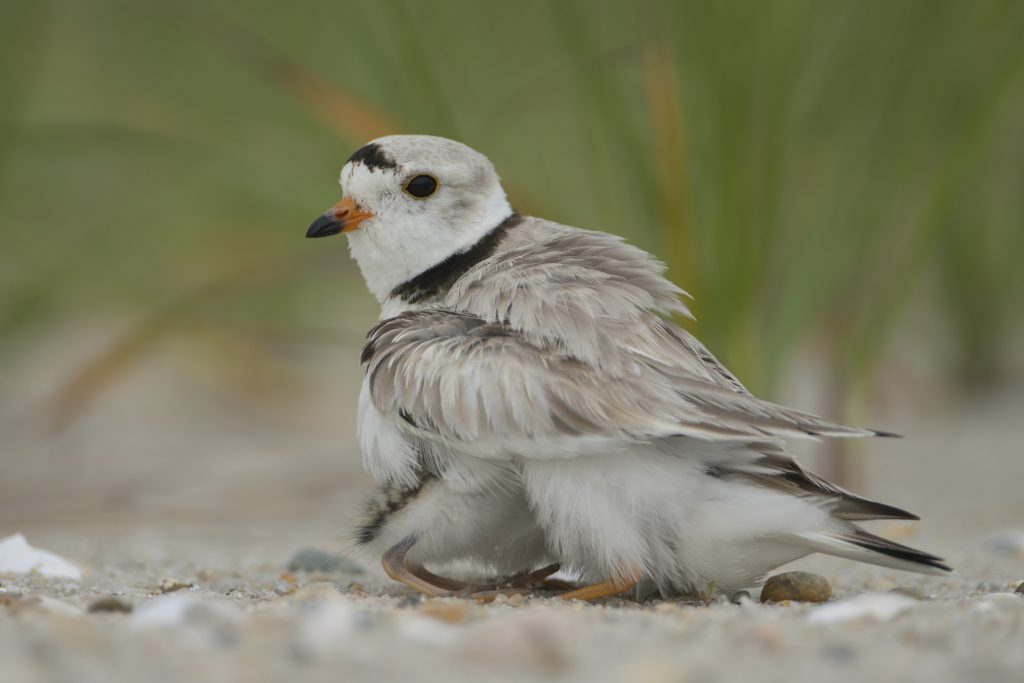 Piping plovers are small migratory shorebirds that nest on open, sandy beaches from Newfoundland to North Carolina. The females lay a clutch of four eggs over a period of a week in a simple scrape in the sand. Both the male and the female share incubation duties over 26 days and, like many other shorebird species, the chicks are precocial when they hatch. Covered in downy feathers, chicks leave the nest scrape within hours of hatching and are able to feed themselves. Their parents protect them from predators using distraction displays and brood the chicks to keep them warm and dry or shaded from the hot sun. Piping plovers are perfectly adapted for life on the beach, but habitat loss to development and coastal erosion, displacement by people recreating on the beach, and increased predation on eggs and chicks has led to population declines throughout their range.

Atlantic Coast Piping plovers are federally protected as a ‘threatened’ species, and they are also protected under the Massachusetts endangered species act. Currently, there are ~ 2,000 pairs nesting from Newfoundland to North Carolina. The recovery goal for this population is 2,000 pairs, with an average productivity of 1.5 chicks per pair over a five year period. Each year, we protect 30 – 39 pairs of piping plovers at beaches across the island. Click here to read more about the Piping plover and here for a slideshow. 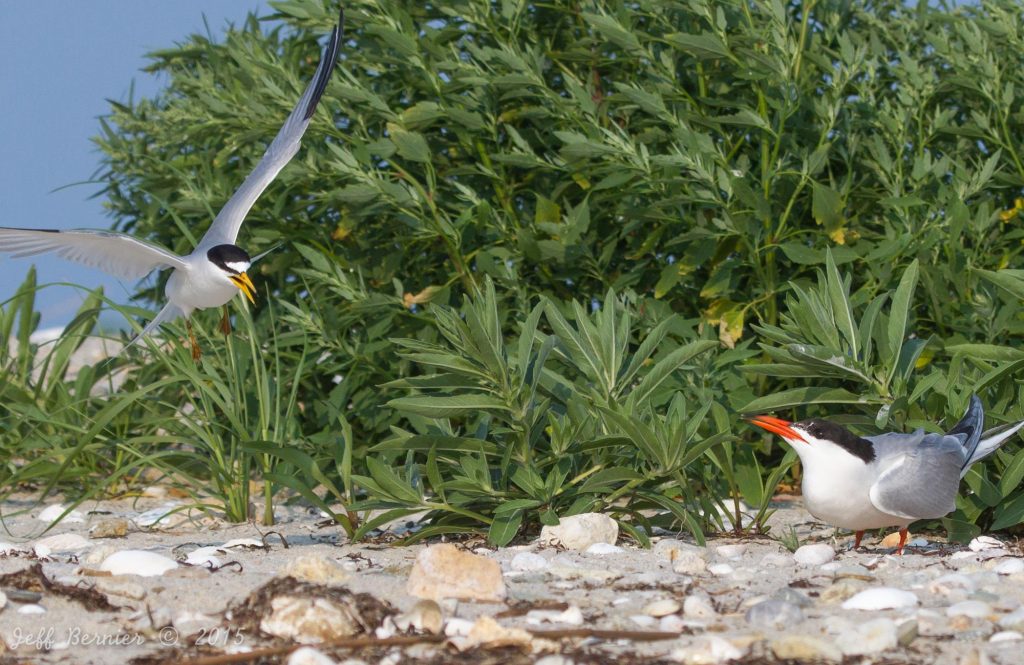 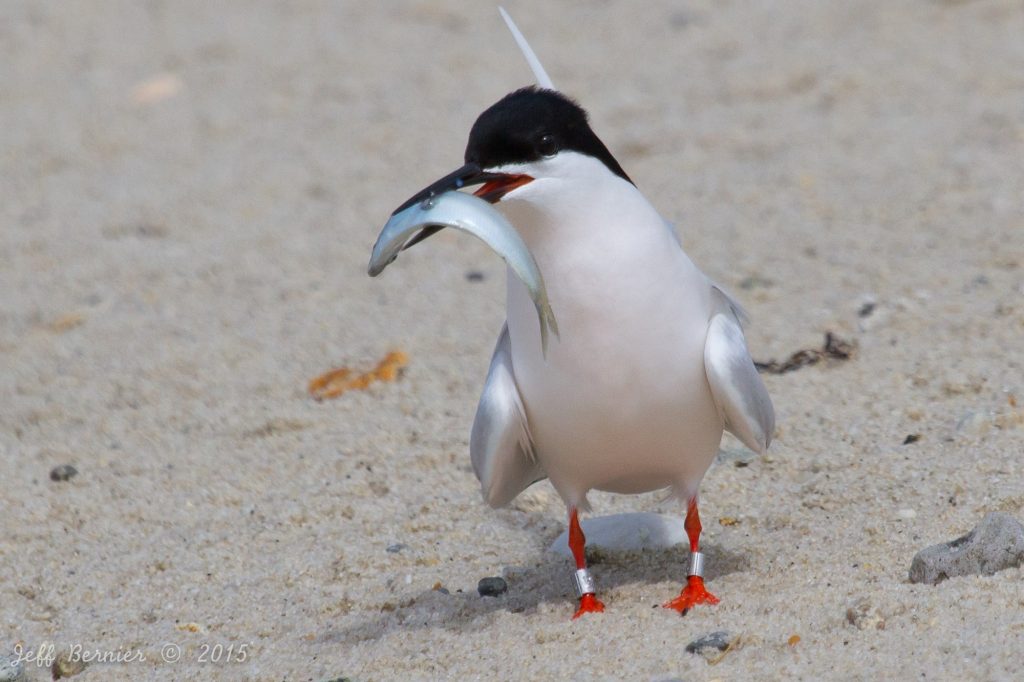 American Oystercatchers are conspicuous shorebirds with their long, bright orange bills specialized for opening bivalves.  Much like piping plovers, American oystercatchers nest on sand or gravel beaches, and small islands. Although they are not a listed species, they are very sensitive to human disturbance and benefit from the symbolic fencing that we put in place to protect their nests and chick rearing areas.  Oystercatcher chicks sometimes lie motionless in the wrackline (seaweed) on the beach where they could be stepped on by people or dogs.  It’s important to stay away from posted nesting areas. 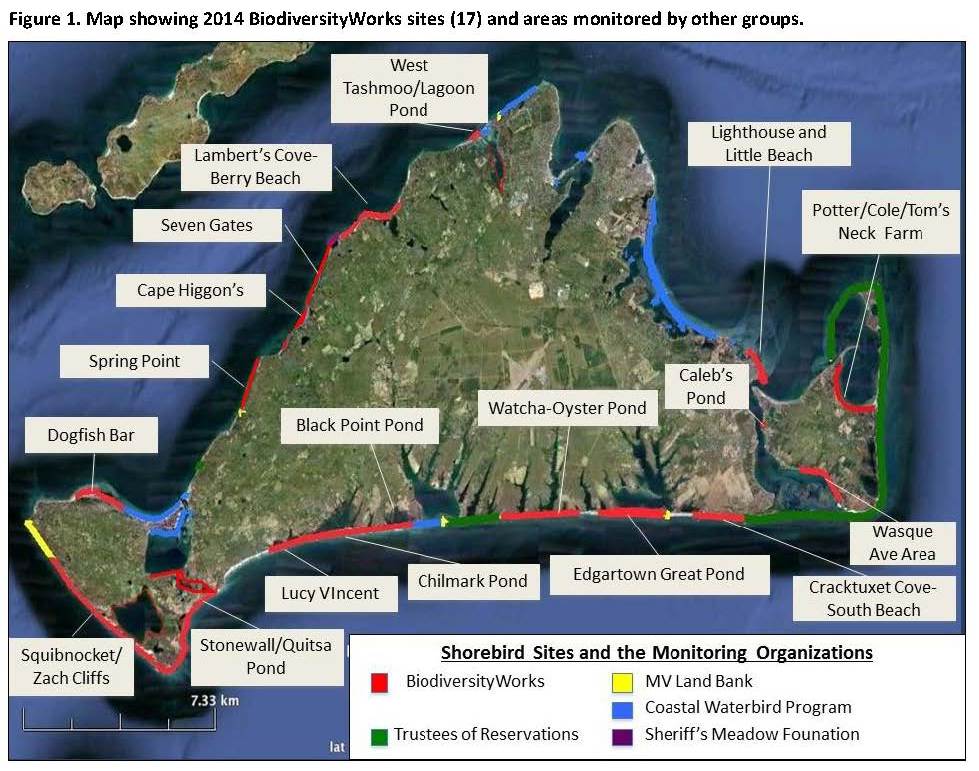 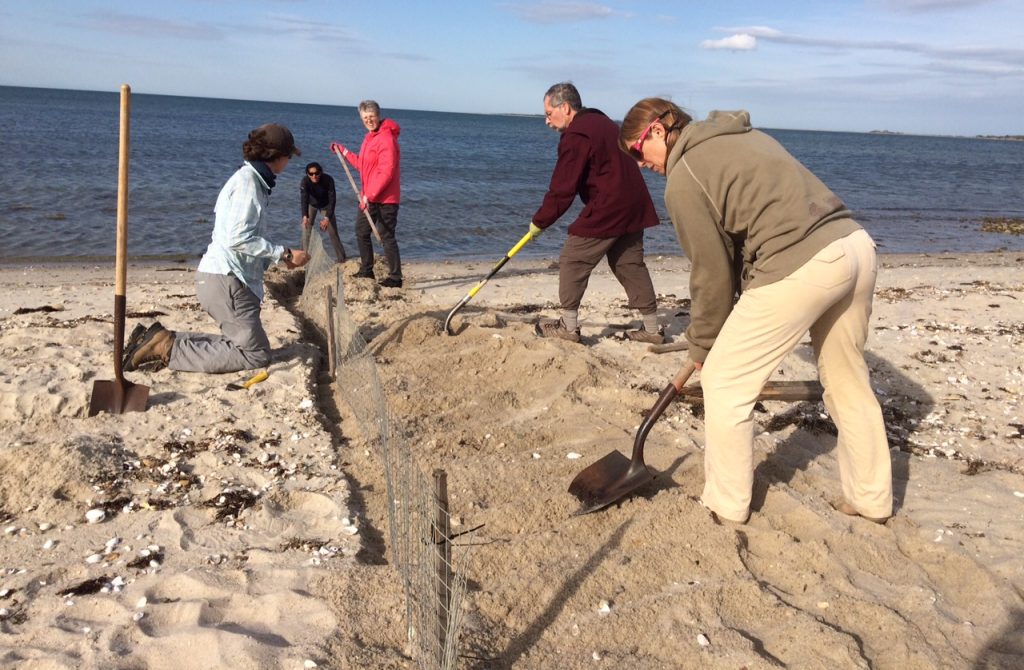 Black Skimmers are colorful and charismatic birds that delight many beach goers who enjoy watching these birds skim for their supper. They are also colonial nesters and often prefer to nest with the more aggressive tern species. This species began nesting in Massachusetts in the 1990’s and they are at the northernmost extent of their breeding range here. For the past several years, Martha’s Vineyard has hosted the only colony in the state and has been growing annually.

We began a collaborative banding project with MassWildlife and The Trustees in 2017 capturing and banding chicks with field readable bands before the fledged. We have banded over 30 chicks thus far and some of our 2017 chicks returned to nest as adults in 2020 for the first time. We are excited to be receiving re-sights of our banded black skimmers from Florida every winter. Amelia Island, on the Atlantic coast of Florida, is a popular place for them to spend the winter along with a few other sites on that coast. We have also had a re-sight from Clam Pass on the gulf side of Florida. 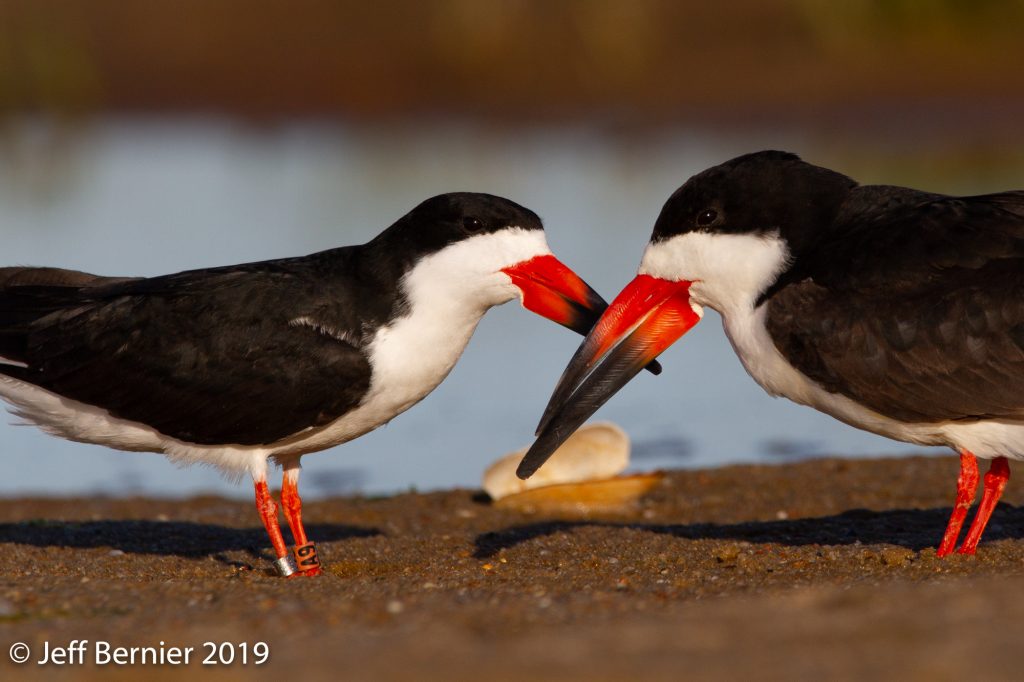 banded black skimmer A9 returns as an adult female 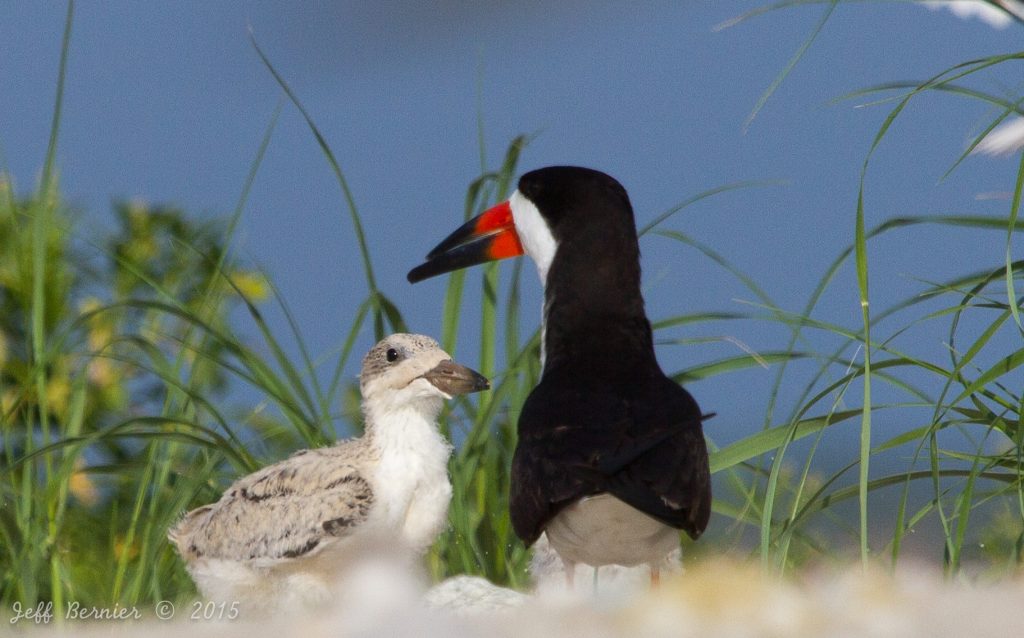 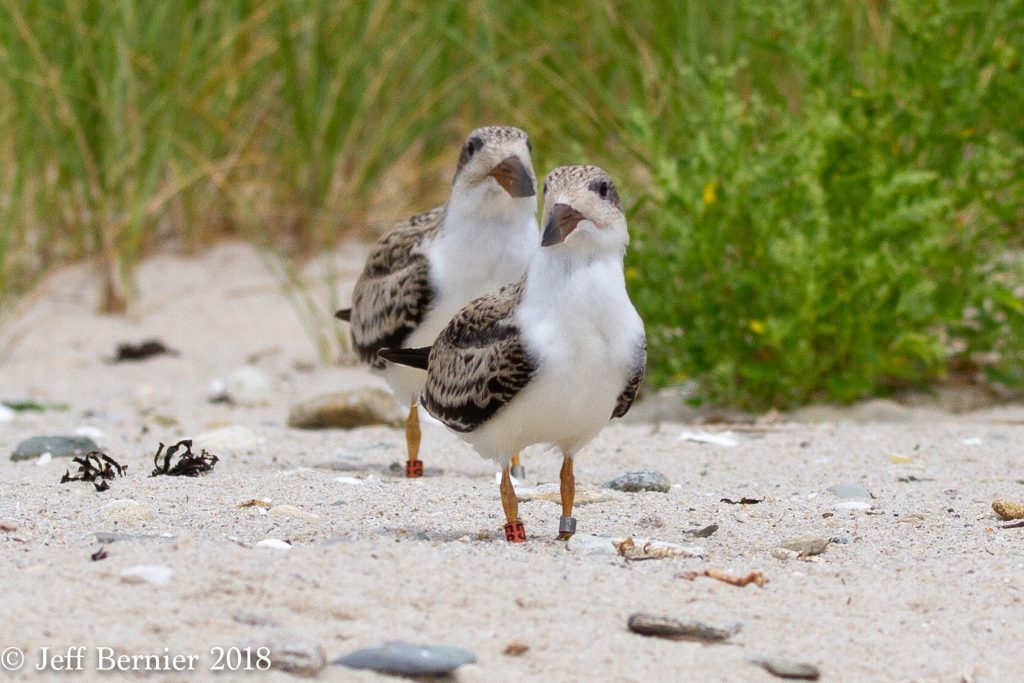