Black Racer Movements and Habitat Use

The Massachusetts State Wildlife Action Plan (SWAP) ranks the black racer as common across the state, but it is listed as a priority species because these snakes are declining in abundance everywhere (Mass Wildlife Action Plan, Chapter 3, p28).  Martha’s Vineyard is no exception as many islanders report capturing these snakes for fun as children but have not seen one in over twenty years. While they used to be abundant in the town of Oak Bluffs 50 years ago, we have not had a report of this snake from that town or from Vineyard Haven in the last decade.

All snakes found on the island of Martha’s Vineyard are harmless to people and pets, and they are beneficial to have around your yard as milk snakes and black racers both eat rodents, such as white footed mice, that contribute to tick borne illnesses. 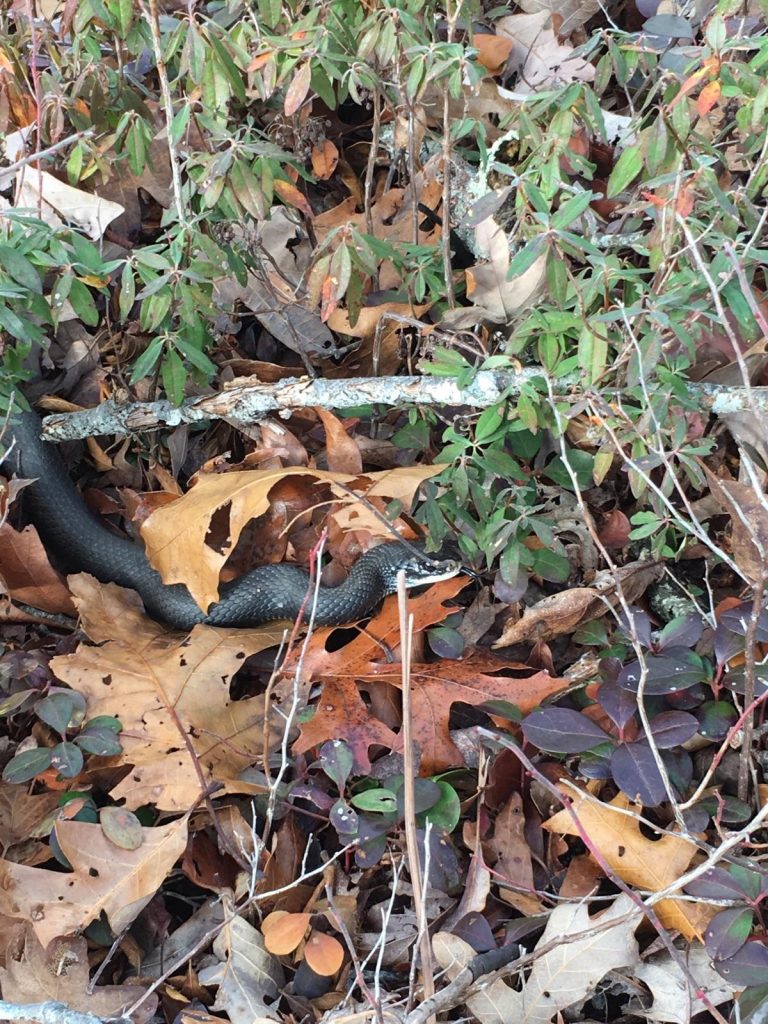 In 2014, we began a community outreach effort to locate black racer populations on the island in order to capture a few for a radio-telemetry study of their habitat use and movements. Community response was very positive and we were able to identify core areas of racer occurrence for our study. All of the black racers we have captured or that were reported to us were within 3 miles of the South shore of the island. 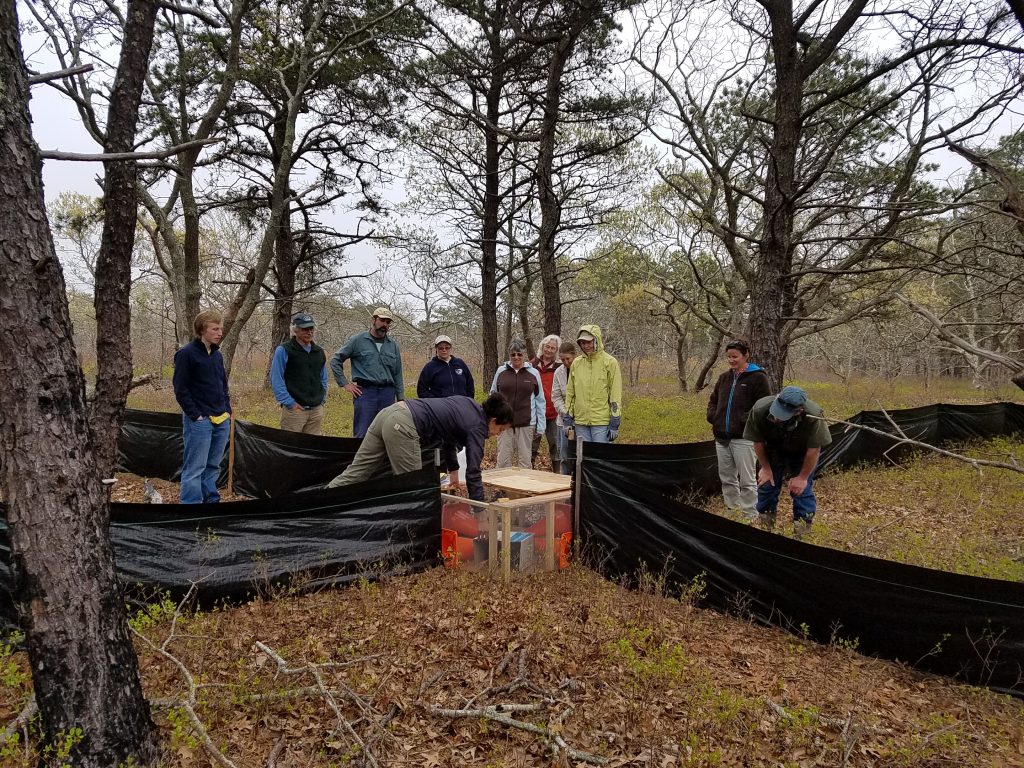 BWorks Asst. Director/Biologist, Liz Baldwin, trains volunteers in how to check a funnel trap array. Snakes travel along silt fencing until they encounter a funnel that leads them into a safe holding area with shelter and water

We track the signal of our black racers until we get as close as possible without disturbing them. They are not always visible, but we are typically within 1 – 2 meters. We have found them in shrubs, up in trees, inside stumps, copulating, and out hunting. 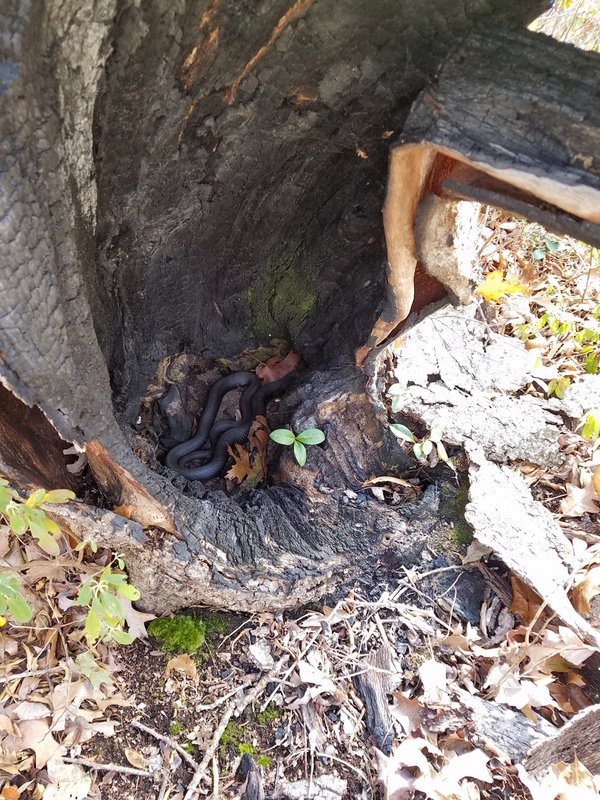 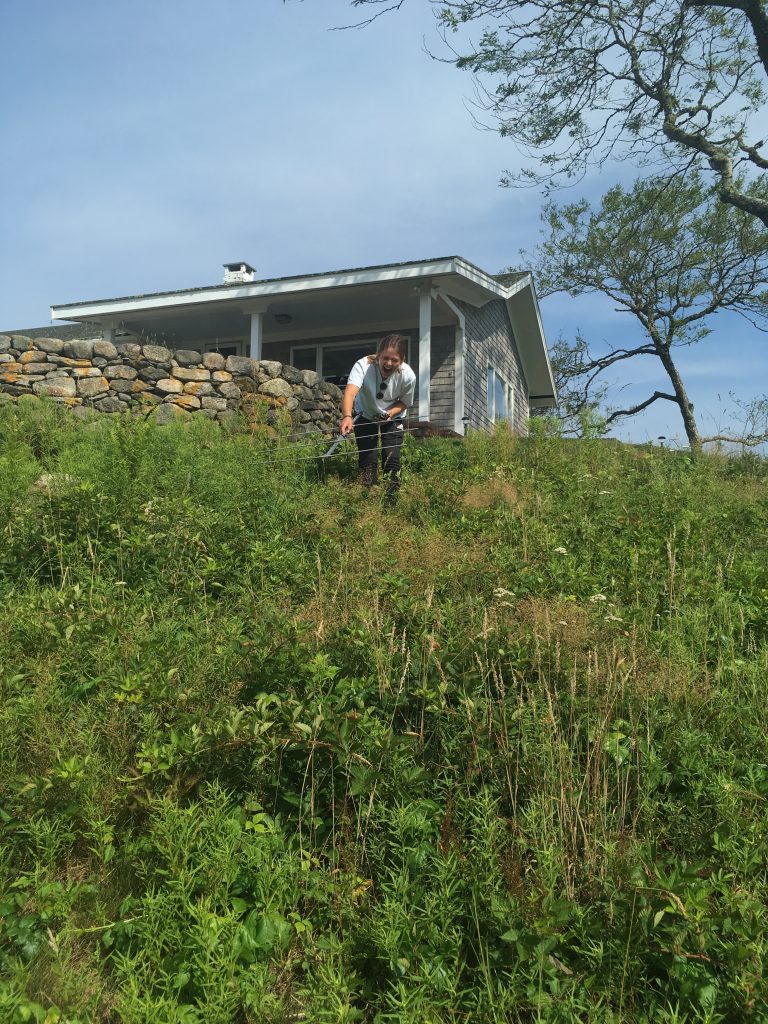 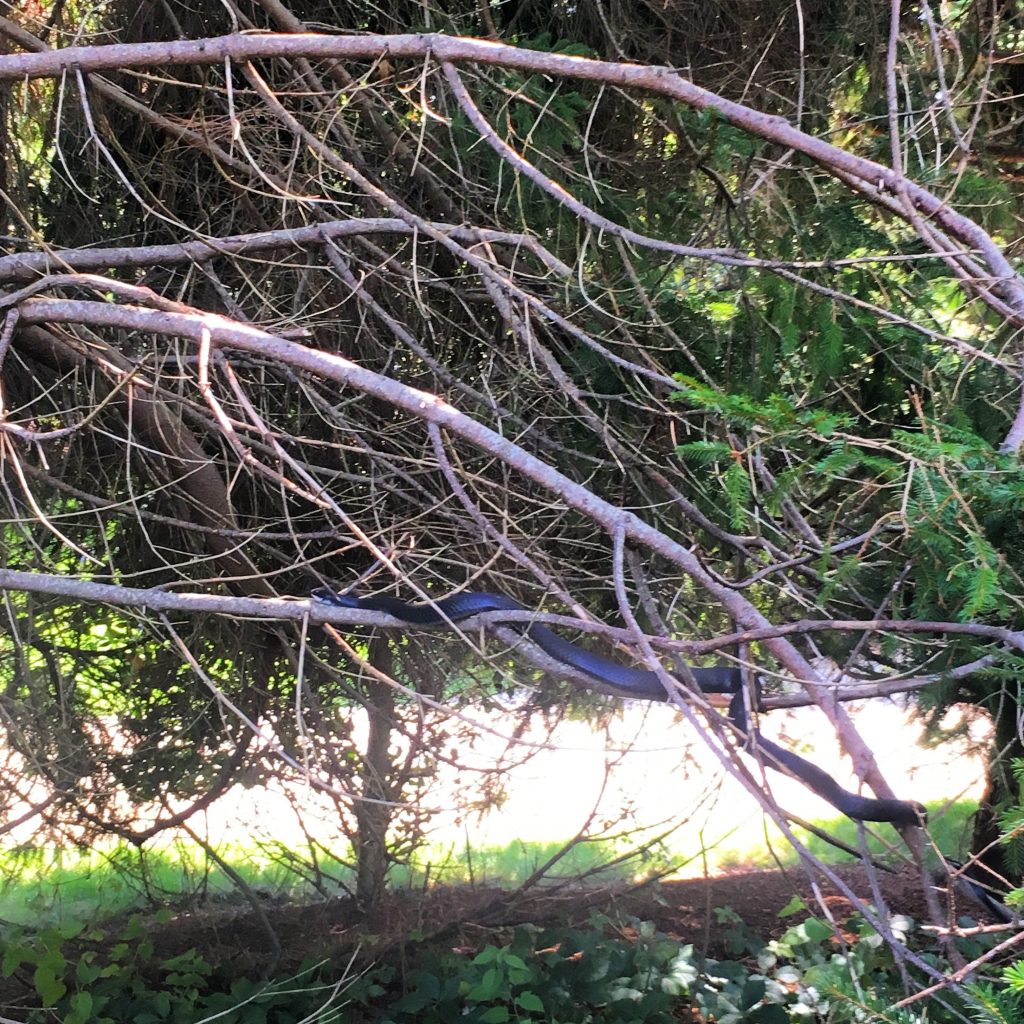 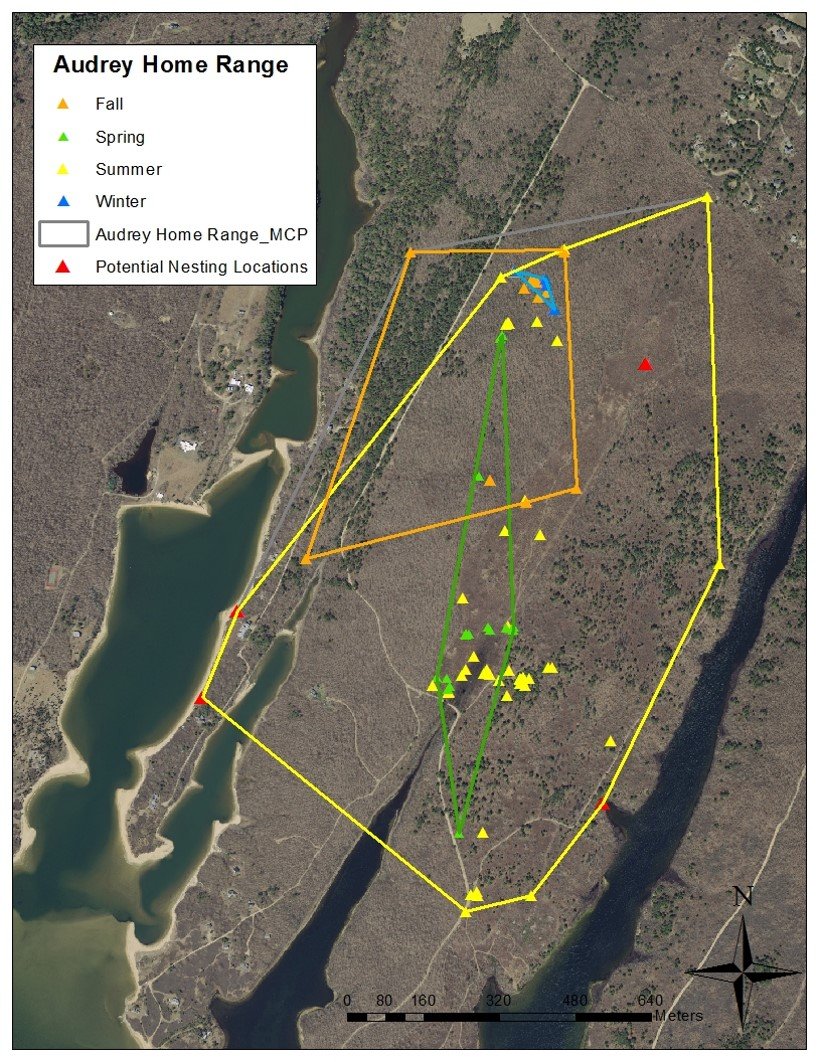 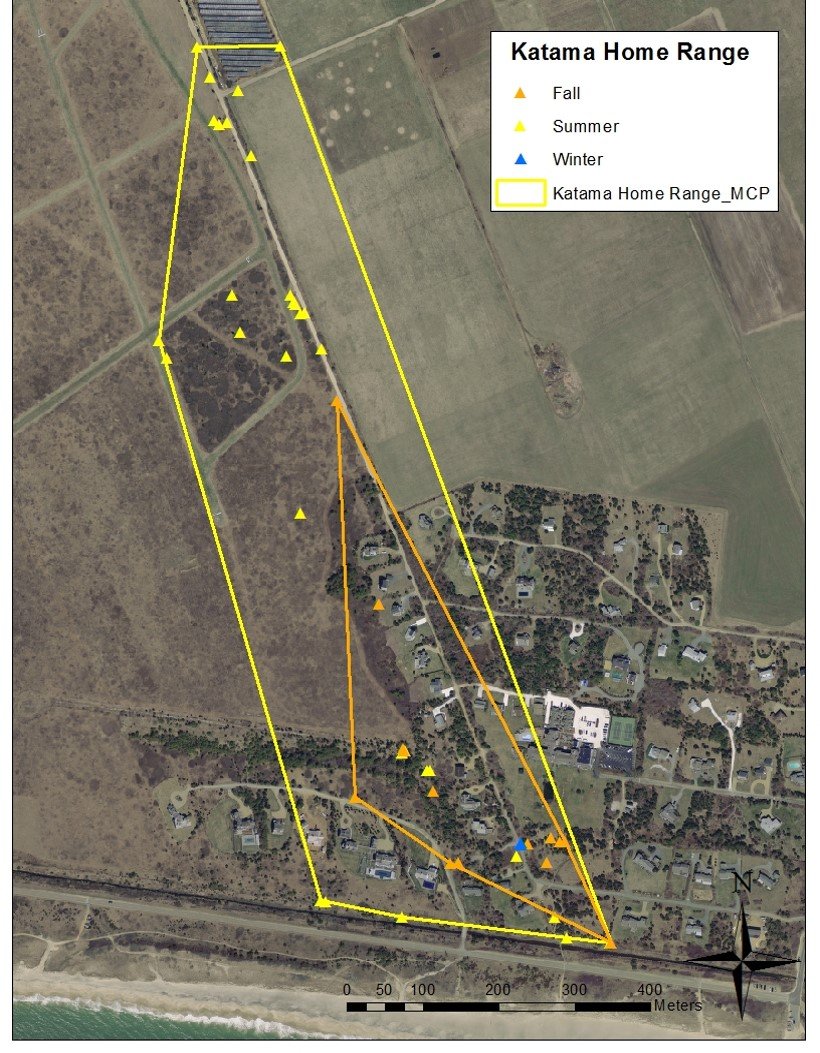 Data from our first two snakes has already provided valuable information on racer habitat use, and the factors influencing their home range and movements on the island. When Audrey was seeking a place to hibernate, she had many options to choose from. The oak and pine forest adjacent to the shrublands she was using had many tree roots with rodent burrows that would allow her to overwinter below the frost line. Audrey visited multiple burrows before settling down for a long winter’s nap. Katama, however, visited a burrow under a road in October and was seen basking near it on several occasions before she began her winter hibernation. It’s possible that Katama had fewer choices as her habitat did not have much pine/oak forest.

While Liatris was also in the Katama area, we never documented her crossing the busy paved road that was the western boundary of her home range in the year that we tracked her. Like Katama, she ranged between grassland/shrubland and developed areas with homes. Her favorite resting spot was under some brick steps at a house, and the owner saw her basking in a shrub outside their living room window one day!

Scooter surprised us when we lost his signal in the Stonewall pond area and found him two days later 3/4 of a mile away on the other side of the pond. He made quite the trek in a short period of time, and during the next 10 months, he did not return to his capture area as we thought he would. When his transmitter battery was about to die, we removed it and attached a temporary external transmitter. That transmitter allowed us to track him another 3 weeks before we found his shed skin and the transmitter in one of his favorite Blacksmith Valley spots. We were bummed to lose the opportunity to track him back to Stonewall Pond, but are grateful for the year we spend learning about Scooter’s life.

We’ll be adding maps for Liatris and Scooter Soon! 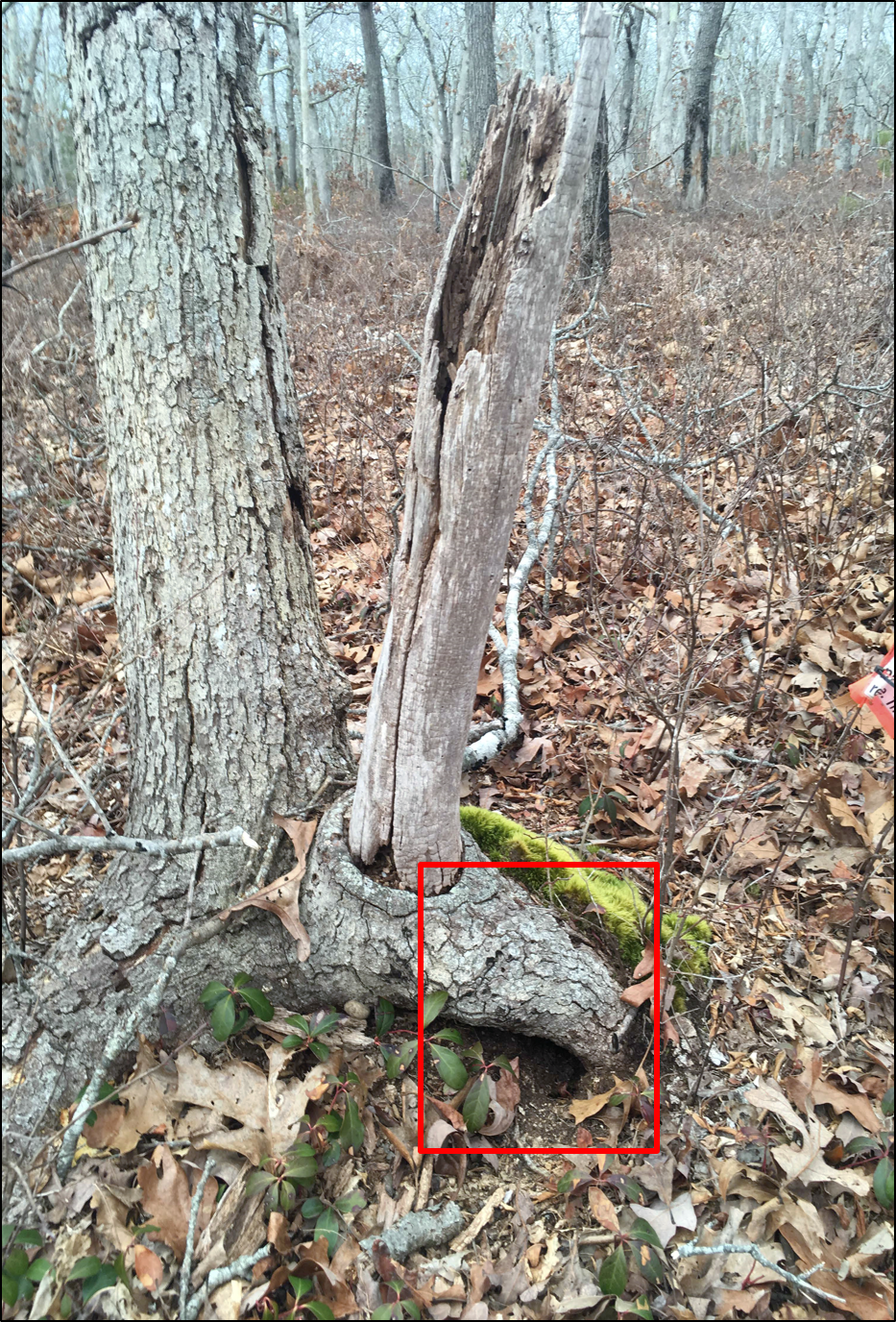 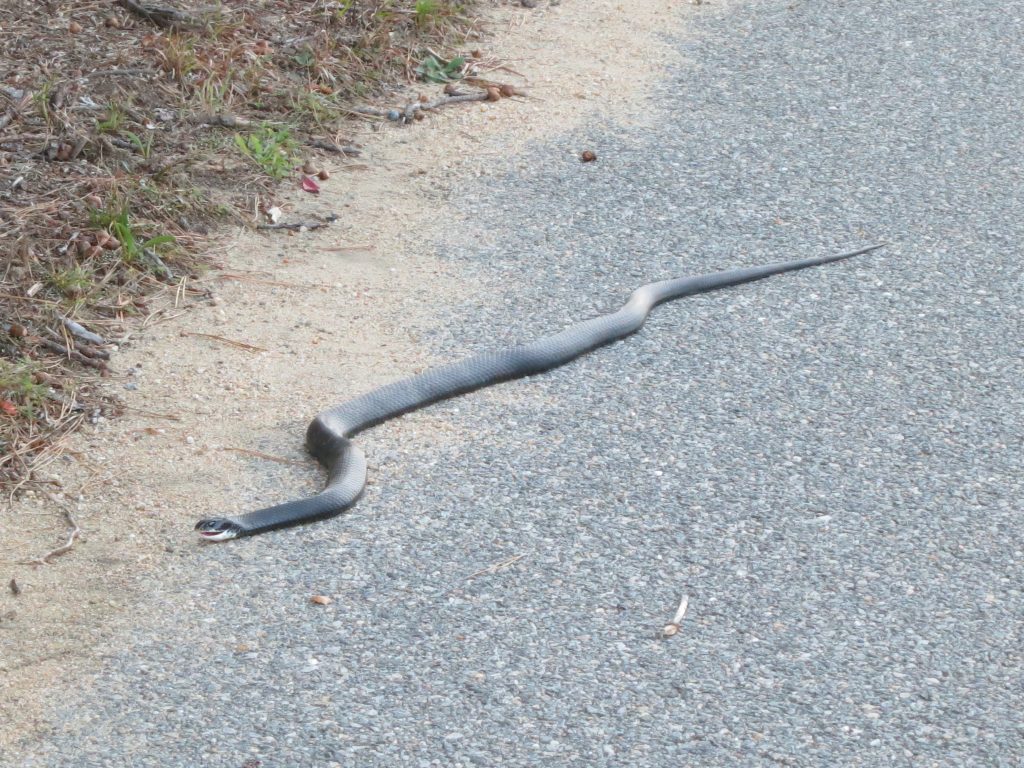 Adult black racers are the largest snake on the island, reaching lengths of 4 to 6 feet. On occasion, a large black racer has been mistaken for a garden hose! Sadly, some of these beautiful and harmless snakes are killed by landscapers or homeowners who believe them to be dangerous. Others are run over by vehicles when basking on dirt or paved roads or die tangled in fruit netting in gardens. Another factor limiting their populations is that they require large tracts of habitat with some open/early successional habitat that are are less available today. Black racers, like turtles, may experience high rates of egg predation from predators (raccoons, skunks, and crows), whose populations are abundant due to human food subsidies.

HOW CAN YOU HELP? 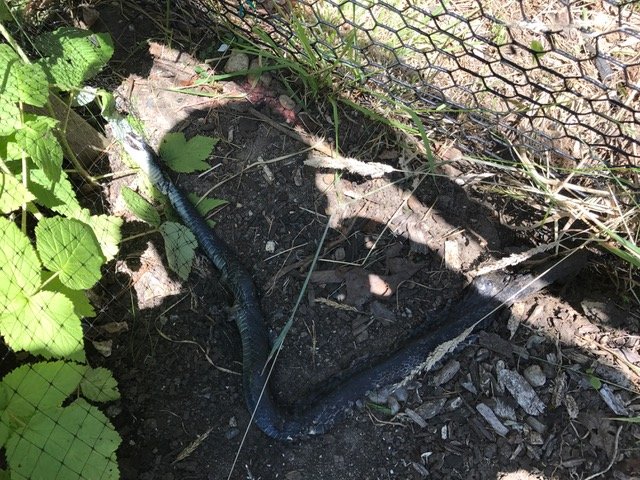 a black racer that died in fruit netting